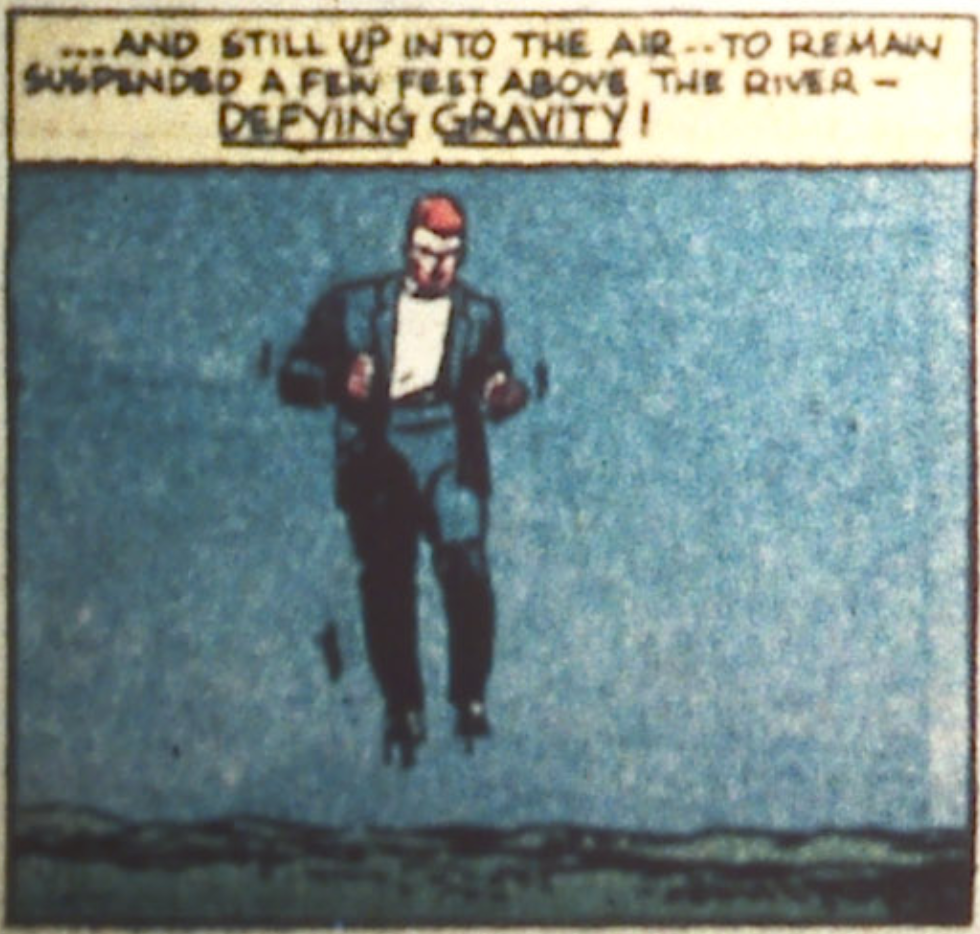 January 1940 also saw the debut of DC’s latest superhero, The Spectre in More Fun Comics #52. The Spectre was created by Jerry Siegel and Bernard Baily. Although the Spectre appears in full “costume” on the cover and on the splash panel, in this first story we don’t get to see him in his green cloak and pale skin in this first issue. We only get to see hard-nosed Detective Jim Corrigan solve a crime, make way with his fiance, get killed by criminals and stuffed into a barrel full of concrete, then dumped into the ocean, then having an out-of-body experience, then get denied entrance to Heaven, and then come back as a vengeful ghost with powers to float and to walk through walls. That’s it. 😛

With this month, DC now has every one of its magazines (and the All-American Comics magazines) with at least one superhero in it.