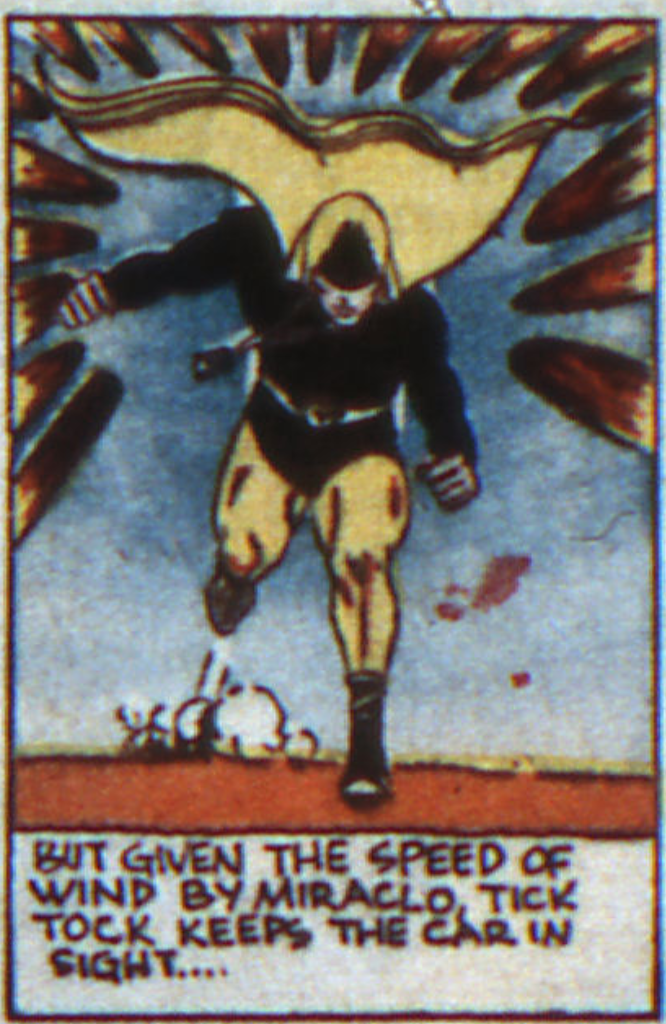 The more colorful and super-powered Hourman, Rex “Tick-Tock” Tyler, debuted in Adventure Comics #48 (February 1940) alongside the other superhero in that book, The Sandman. He was created by writer Ken Fitch and artist Bernard Baily.

Hourman got his powers from taking a bump of Miraclo, a pill that he invented that gave him super strength and speed but for only an hour. Miraclo would eventually prove to be addictive though Rex would invent a non-addictive version.

It’s hilarious that he used this pill not to help his country’s soldiers win wars or to assist first responders, but to selfishly go costume adventuring against petty crime. I blame Superman for this weird mentality that crept into the DC Universe 🙂

The drug Miraclo also makes an appearance in the Arrow TV show  as “mirakuru“, a super-soldier serum invented by the Japanese during World War II and injected into TV versions of the characters Deathstroke and Roy Harper (speaking of drug-addicted superheroes).