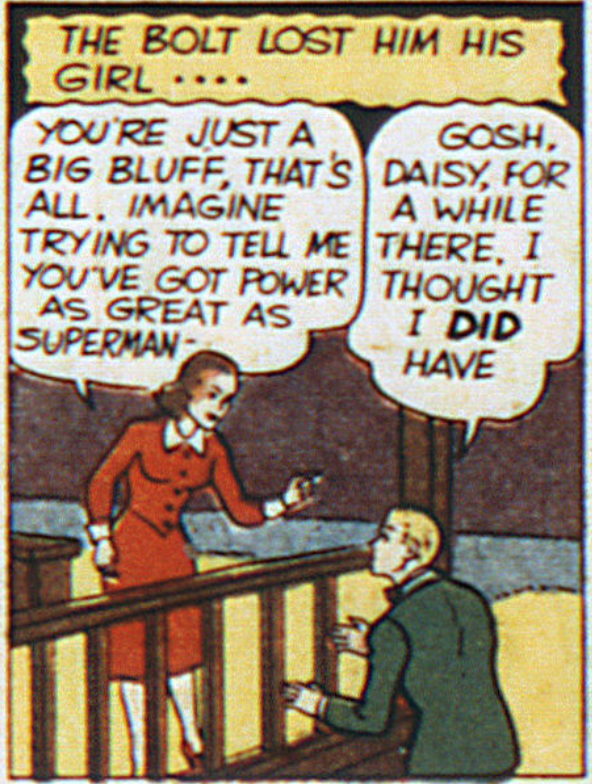 Still called Johnny Thunderbolt as of June 1940, it is revealed in Flash Comics #8 that Johnny Thunder probably lives in the same universe as Superman (or at least in a universe that knows of Superman’s exploits).

It’s somewhat interesting though that Johnny Thunder, Flash, Hawkman and Green Lantern are all published by All-American Publications, not Detective Comics Inc. Advertisements in books from both “sister” companies (or “imprints“) have been referencing each other’s characters for months, calling their books “the Big Six”, but technically this panel from Johnny Thunder is the first in-story example of a cross-company comic book crossover.