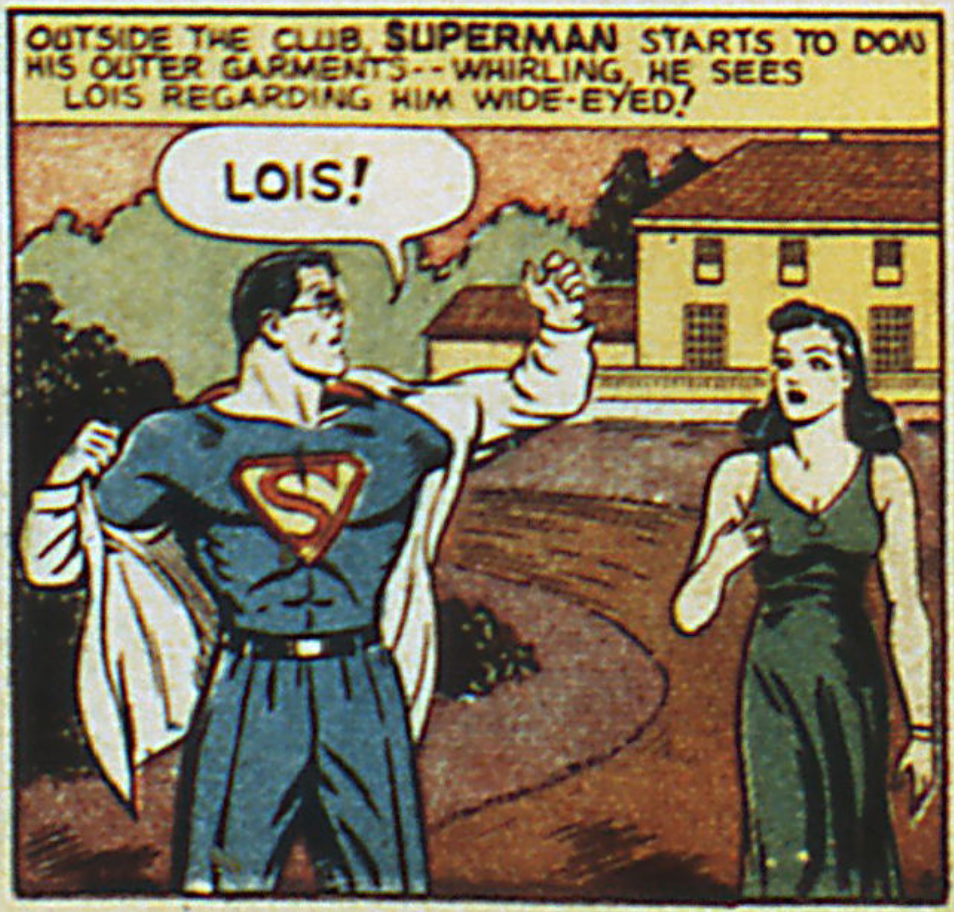 Lois Lane catches Superman changing into Clark Kent for the first time in Action Comics #32 (November 1940). Fortunately for Superman, Lois is under the influence of a fluid that makes her forget everything. Clark learns she will spend her days in a sanitarium so he tries super-hypnotism for the first time, which of course cures her.

Just a few panels later, we see the first marketing gimmick in a Superman comic, in which Clark invents a “Krypto-Raygun” to be able to take photos, develop them instantly and project them on a wall… ok. This is an obvious attempt to get kids to want to buy the Krypto-Raygun toy that has been advertised in Superman comics over the last couple months. But it is interesting to see the beginnings of the notion of a “fortress of solitude” that Clark needs to experiment, etc.