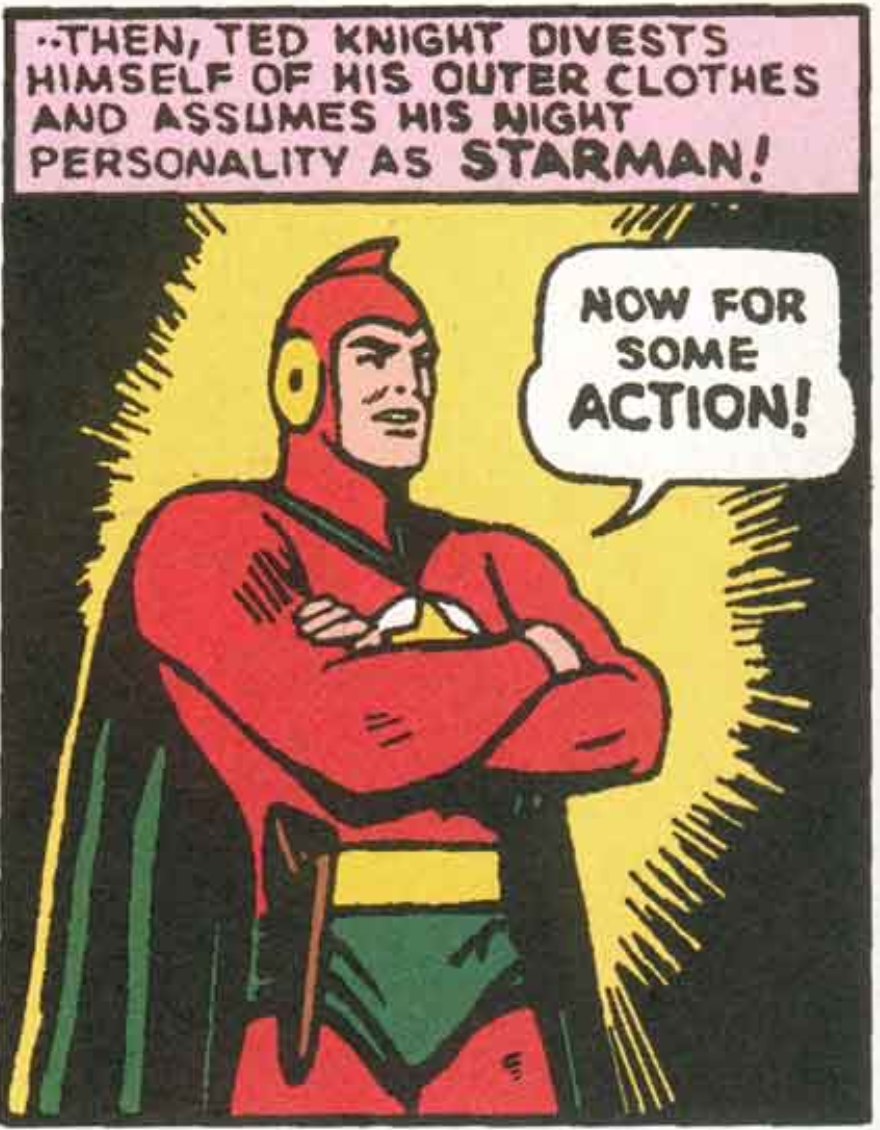 The first Starman, Ted Knight, debuts in Adventure Comics #61 (March 1941). He is an inventor who discovers that “infra rays” from stars can be harnessed in a “magnetic tube” that he calls a “Gravity Rod”. Woof that’s a lot of technobabble for the 1940s! I guess the Gravity Rod lets him defy the laws of gravity and shoot energy bolts.

Ted claims he is the first person to harness the rays from stars scientifically, but I guess he should have done some reading to learn that scientists had been working on solar cells for at least 50 years before he debuted as Starman!