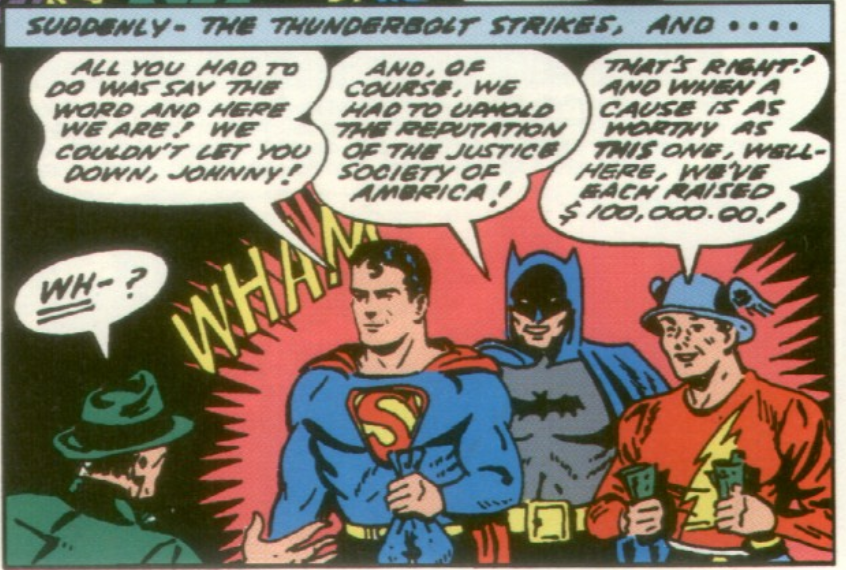 In All-Star Comics #7 (August 1941), we finally see an in-story meeting of Batman and Superman. The Justice Society of America decides to raise a million dollars for the world’s war children. At the end of the story, Johnny Thunder wishes in the honorary members of the JSA: Superman, Batman and the Flash, who bring in addition funds to meet the $1M pledge.

While Superman and Batman must have met before in order to found the JSA, it’s nice to see them finally together in a story, rather than on an imaginary World’s Finest cover! Nice, iconic kiss curl on Superman here too!