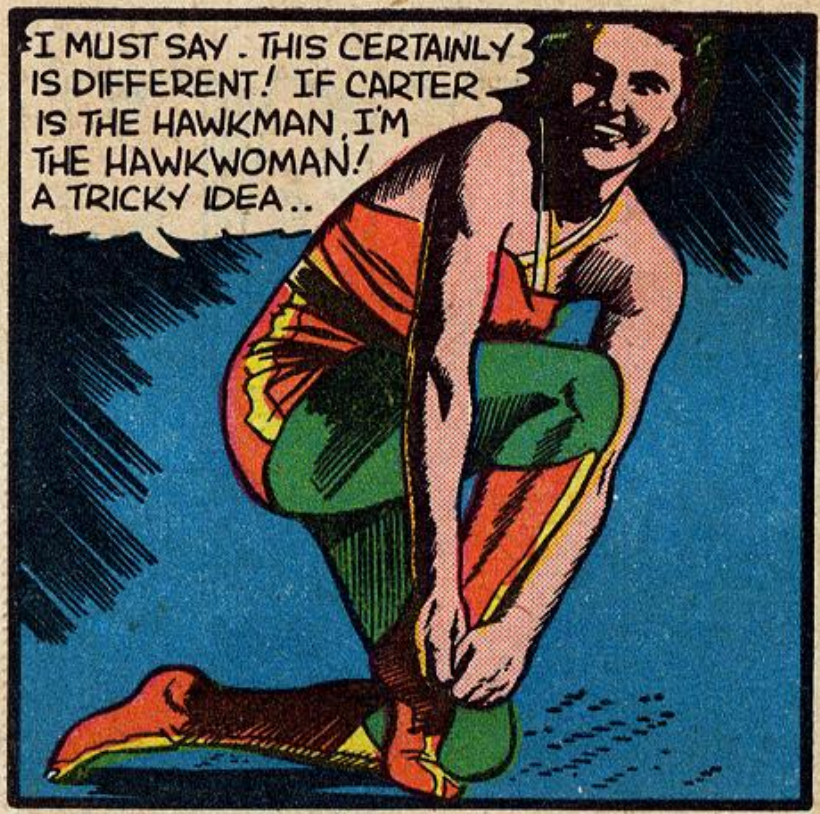 Although Hawkgirl‘s first appearance six months earlier was probably intended to be a one-shot gimmick, Shiera Sanders starts to suit up more regularly near the end of 1941 and even refers to herself as “Hawkwoman” in this story in Flash Comics #24 (October 1941). That’s a little confusing, because the Golden Age version of this character (Shiera Sanders) is considered Hawkgirl, while the Silver Age version sometimes alternates between Hawkgirl and Hawkwoman.