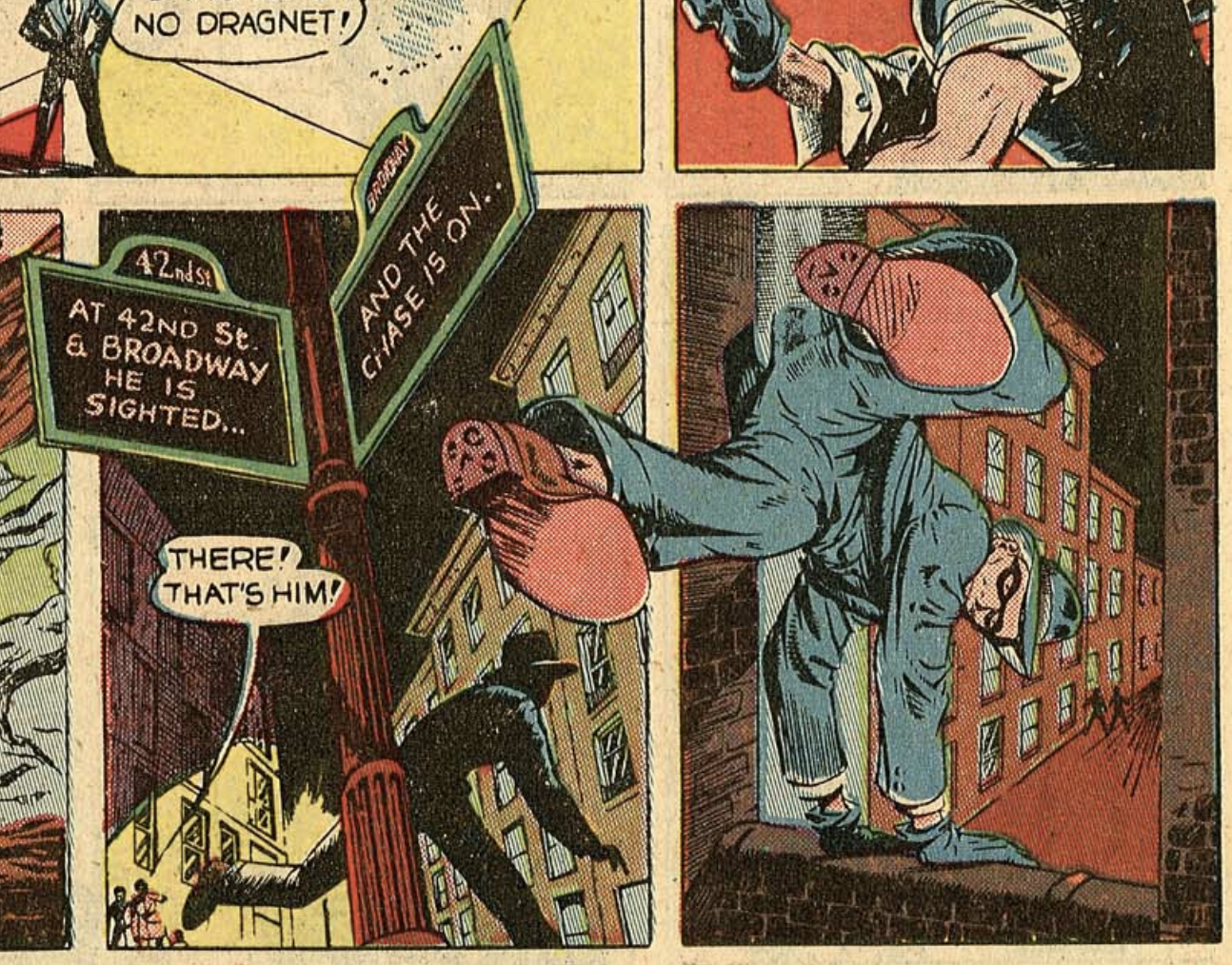 In August 1942, Quality Comics started reprinting Will Eisner‘s “The Spirit” stories in Police Comics #10, which is the first time the character appears in a comic book. But the Spirit’s distinctive style started to exert itself a couple issues later in Police Comics #12 (October 1942) where we see comic narration appearing in stylized street signs and the character literally leaping between comic book panels.

Though Denny Colt became the Spirit in #10, he became an official outlaw in #12 when he was framed for murder.