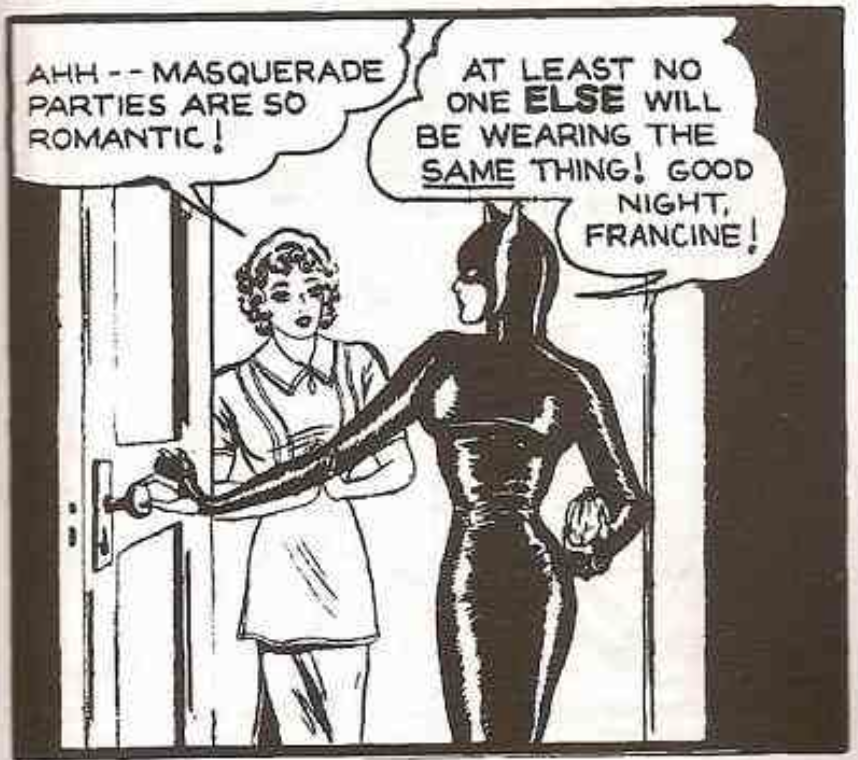 Miss Fury newspaper strip reprints were collected into a comic book by Timely Comics (the company that became known as Marvel Comics) in December 1942. At first black and white, full color stories started in Issue #2.

The character was known as Black Fury in the context of the stories, and I imagine her skin-tight cat costume was pretty risque at the time.

Nowadays, there is only one female character that walks around in a skin-tight cat costume: DC’s infamous Catwoman. But although that character was created first (1940), her look was completely different at that time. Early 1941 brought the Angel’s villain The Cat’s Paw, while a few months later the Black Fury debuted in the newspaper strips supporting a very similar look. It wasn’t until the 1960s Batman TV series that Catwoman started to use the look, and it wasn’t until the 1980s that it became canon in the comics.