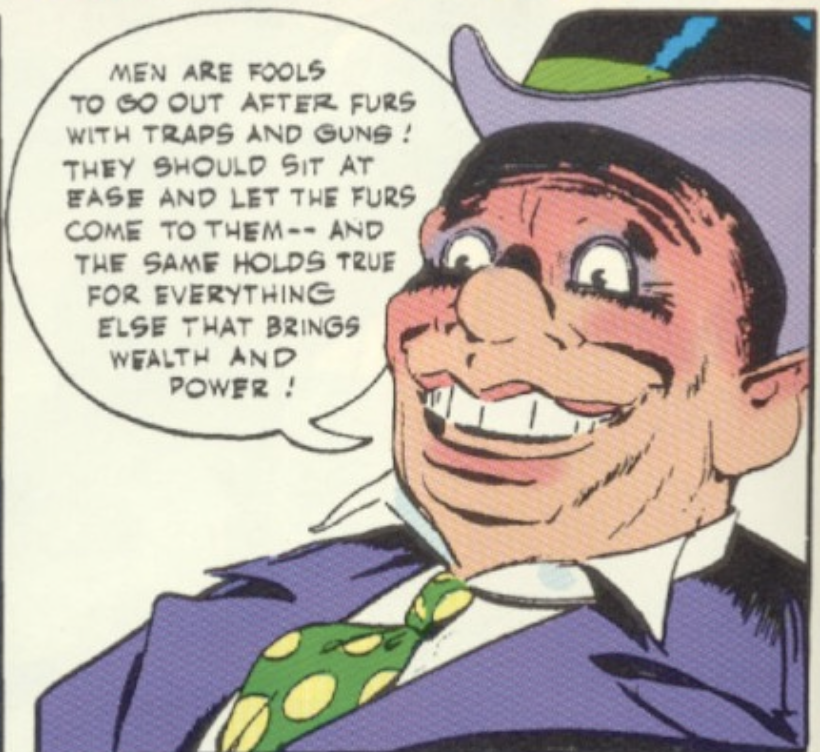 Batman’s rogue gallery of villains get two more additions in the form of Tweedledee and Tweedledum in Detective Comics #74 (February 1943), created by Don Cameron, who was busy in the DC Universe in 1942 and 1943! Dumfree Tweed and his cousin Deever Tweed look so much alike they are often mistaken for brothers… they mastermind crimes and have their henchmen carry them out for them because they are so lazy and fat. Nicely illustrated creeps though!