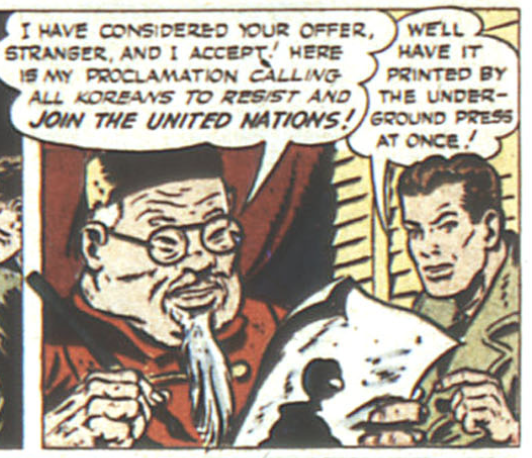 Mike Gibbs, Guerilla took on the Japanese in a trenchcoat and fedora throughout World War 2. In Adventure Comics #92 (April 1944), we find him in Korea trying to inspire its leader to revolt against Japanese occupation. From this story I learned that 1) artists did know how to draw Asian people that were not simply mean caricatures, 2) the United Nations mentioned here was the Allies of World War II, that were only colloquially referred to as the “United Nations”.