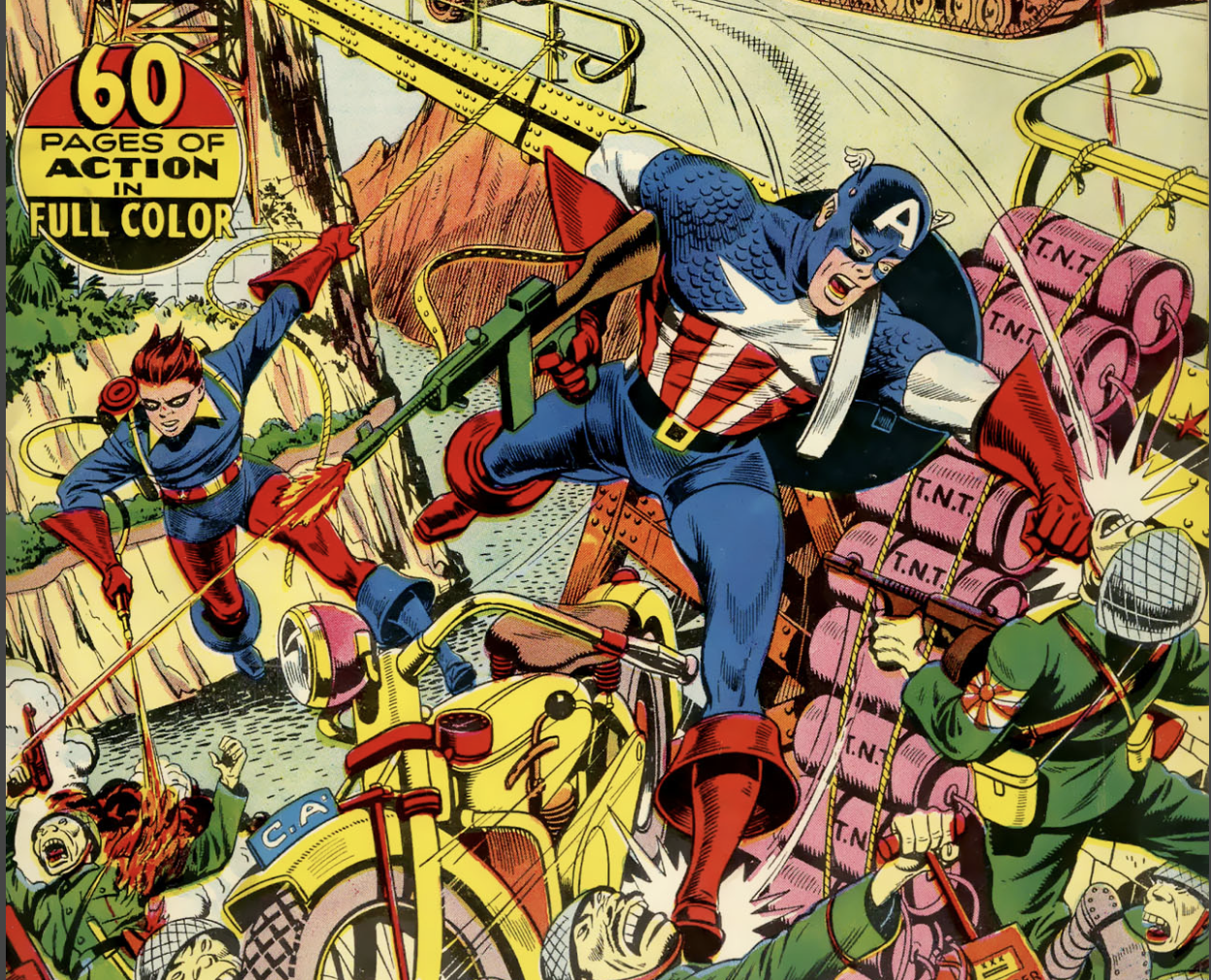 Throughout 1944, Timely Comics (Marvel) featured increasingly vicious covers as its heroes were shown battling Nazis and Japanese soldiers in surprisingly violent ways. Here, Captain America is shown simultaneously punching, kicking and shooting three different Japanese soldiers, while Bucky Barnes uses a flamethrower on another in an effort to prevent a bridge from being blown up. The violent means and the angry looks on their faces are in sharp contrast to DC comics at the time.