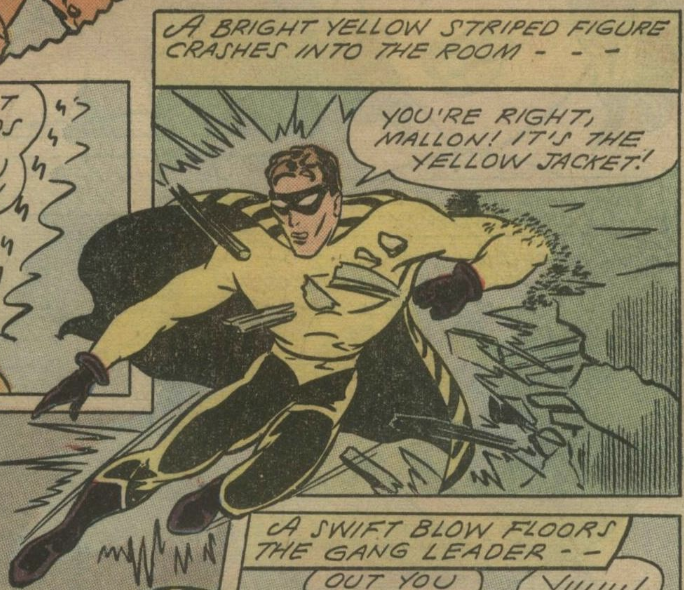 Yellowjacket makes his debut in Yellowjacket Comics #1 (July 1944), the first comic book from The Frank Comunale Publishing Company. This company would eventually become Charlton Comics. Charlton Comics were later known for their stable of Silver Age superheroes like Captain Atom, The Question, Peacemaker, Nightshade as well as the Ted Kord version of the Blue Beetle. Charlton characters were eventually bought by DC and Alan Moore adapted many of them into The Watchmen characters.

In this first story, Vince Harley learns that bees don’t sting him – so decides to don a silly costume and fight criminals. I guess he later learns that he can control bees and so is kind of like a proto-Ant-Man.