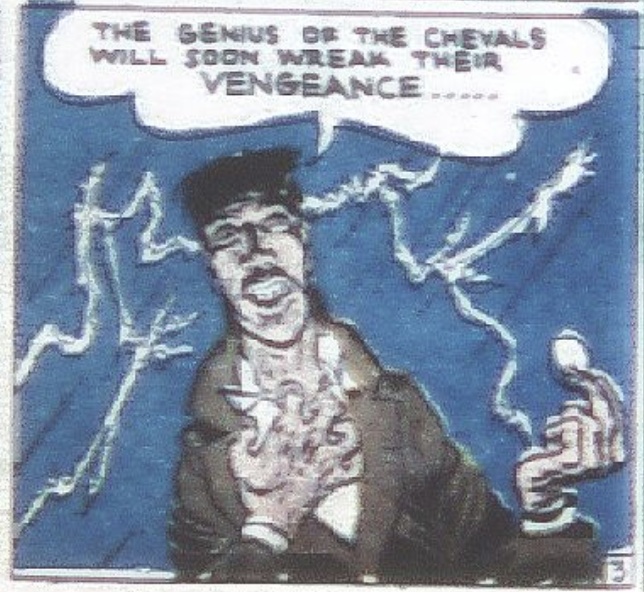 In the Golden Age, only a couple superheroes had compelling rosters of supervillains – in DC it was really only the “trinity”: Batman, Superman, and Wonder Woman. The other major heroes (Green Lantern, Flash, Green Arrow, Aquaman, etc) were missing a compelling set of villains. Hawkman got his first nemesis with The Monocle in Flash Comics #64 (February 1945).

The Monocle was Jonathan Cheval, an optics expert who uses his expertise to create monocles that have different powers in order to exact revenge on criminals who cheated him.