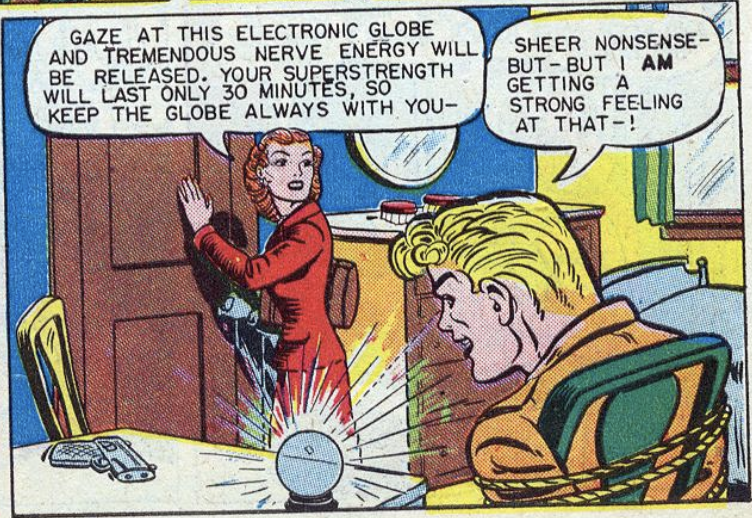 Since the transistor was invented in 1947, I was surprised to see “electronics” mentioned in Sensation Comics #46 (August 1945) until I remembered that vacuum tubes had been around for a few decades by then. Even so, it’s called “the new science of electronics” on the splash page. It’s pretty odd timing since the atomic bomb was dropped in Japan that very month. It almost makes me wonder if the writer originally wanted to use the word “atomics” but was encouraged not to by a war-time censor.

I kind of love how new sciences get misunderstood and used by comic book stories to create super powers. Gamma rays. Nanotechnology. Quantum physics. When will we see the first superhero whose powers are based on a Bitcoin accident?

Anyway, the “electronic globe” temporarily gives Steve Trevor super strength. Wonder Woman has to decide whether she likes having a man that can best her:

She later decides that she does not, after all, enjoy it:

So of course Steve smashes the irreplaceable globe so that he still has a shot with Wonder Woman.