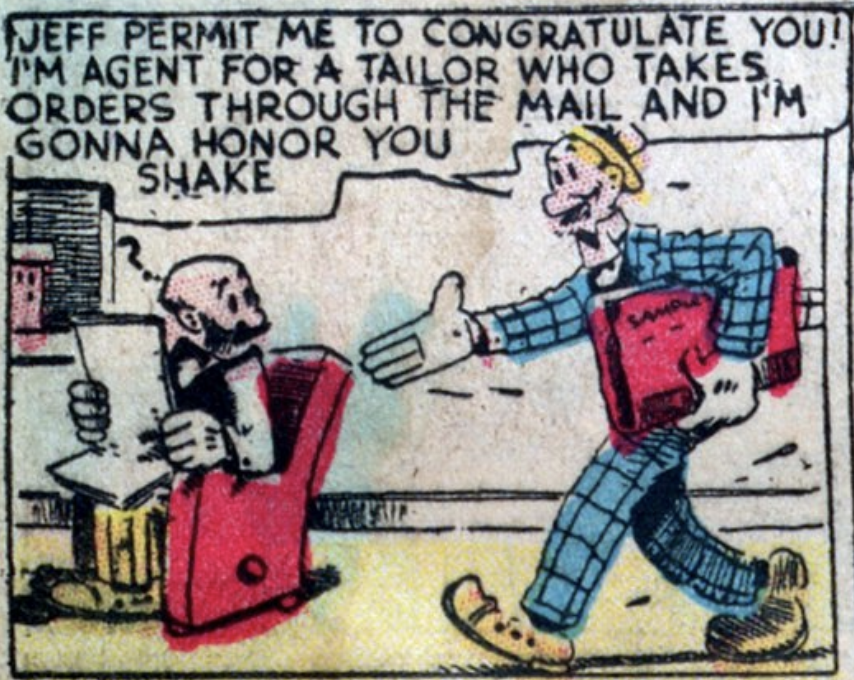 On to September 1934, and Eastern Color is still the only comic book game in town.  Mutt and Jeff were another popular comic strip back in the day that started in 1907.  One-reel silent shorts were produced in 1911-1913.  I wonder if this means that Mutt and Jeff were technically the very first film adaptation of a character that appeared in a comic book?