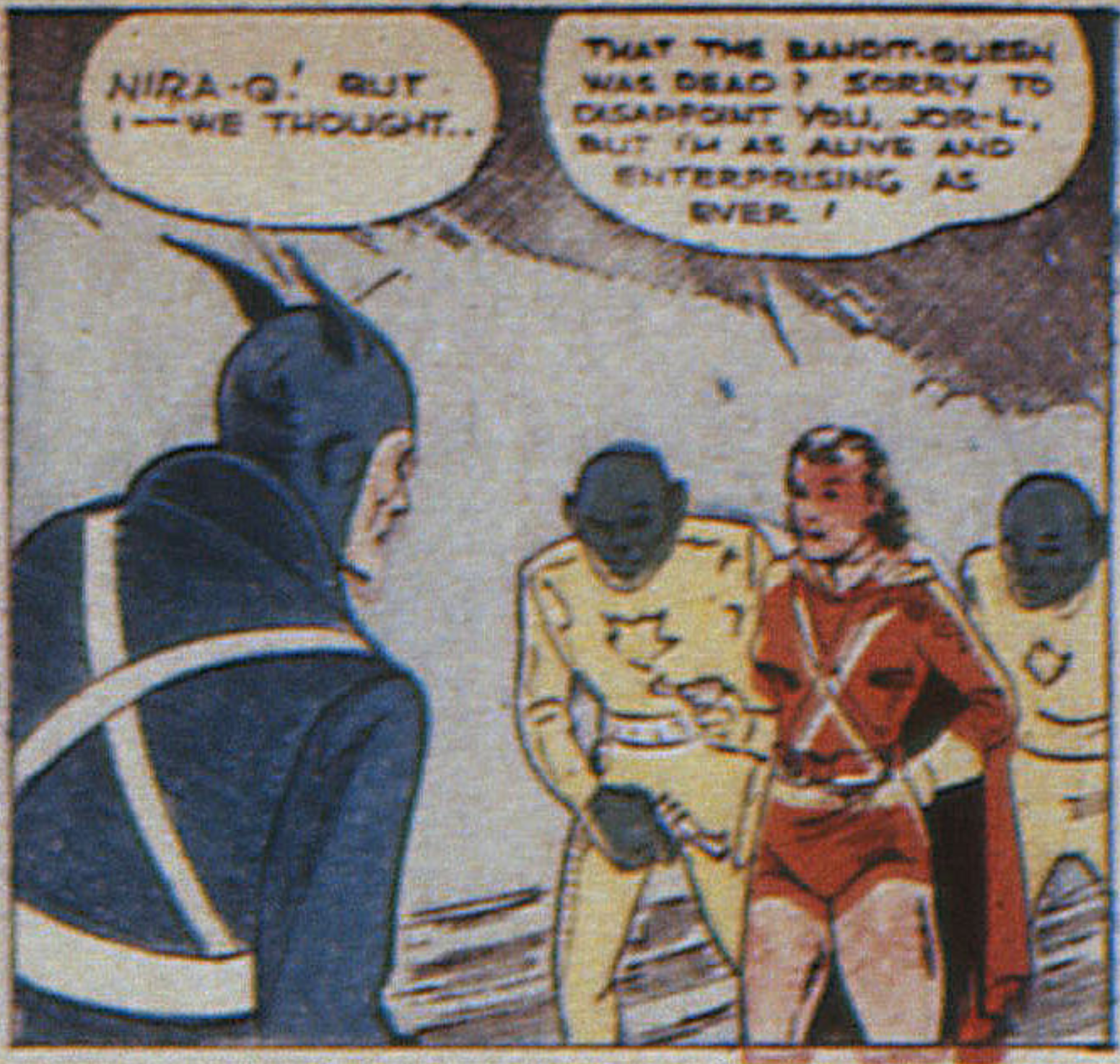 The science fiction angle continues for Siegel and Shuster in this Federal Men tale from December 1936.  In it, this four page “imaginary tale” from the futuristic year 2000 shows federal agent Jor-L fighting bandit queen Nira-Q.  The name Jor-L was of course re-used for Superman’s father on Krypton.

This issue also shows the title on the cover to be New Adventure Comics #12, though the indicia show it still is officially “New Comics”.  The title will undergo another name change in 1938 to just “Adventure Comics” and will run for nearly 50 years.