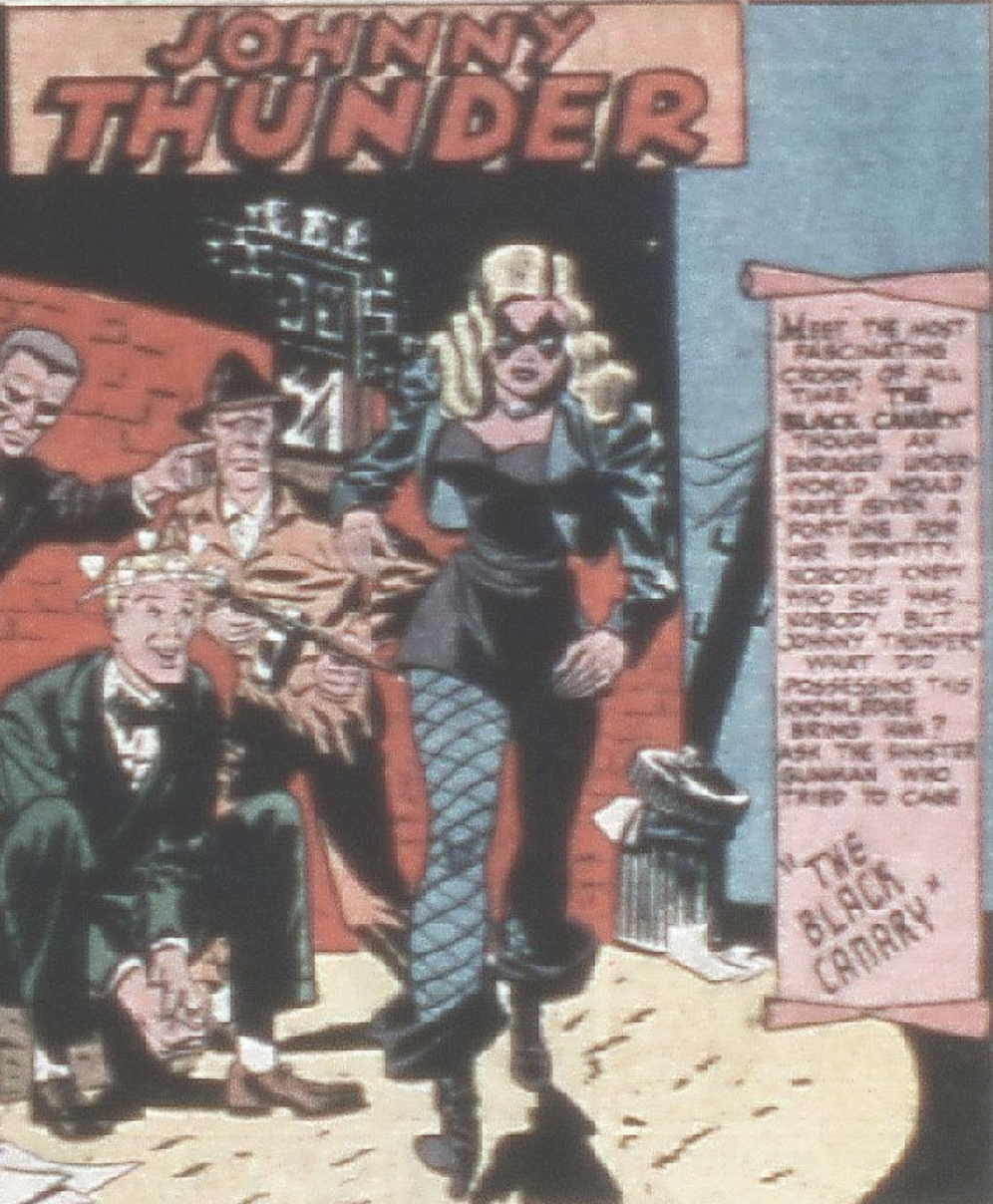 in Flash #86 (June 1947), in a six-page Johnny Thunder story, we get what I believe is the last significant character introduced during the Golden Age of Comics: Black Canary! Created by Robert Kanigher and Carmine Infantino, she is positioned in this story not as a hero, but as someone who robs crooks.

Stylistically, she seems like an answer to the Blonde Phantom. In this story she only appears in her traditional costume of fishnet stocking and a domino mask in the splash panel, not in the story itself, where she appears as a love interest and supporting character to Johnny Thunder.

Black Canary has been portrayed in live action TV and movies by no less than six different actresses. That’s more than The Flash and Green Arrow combined!