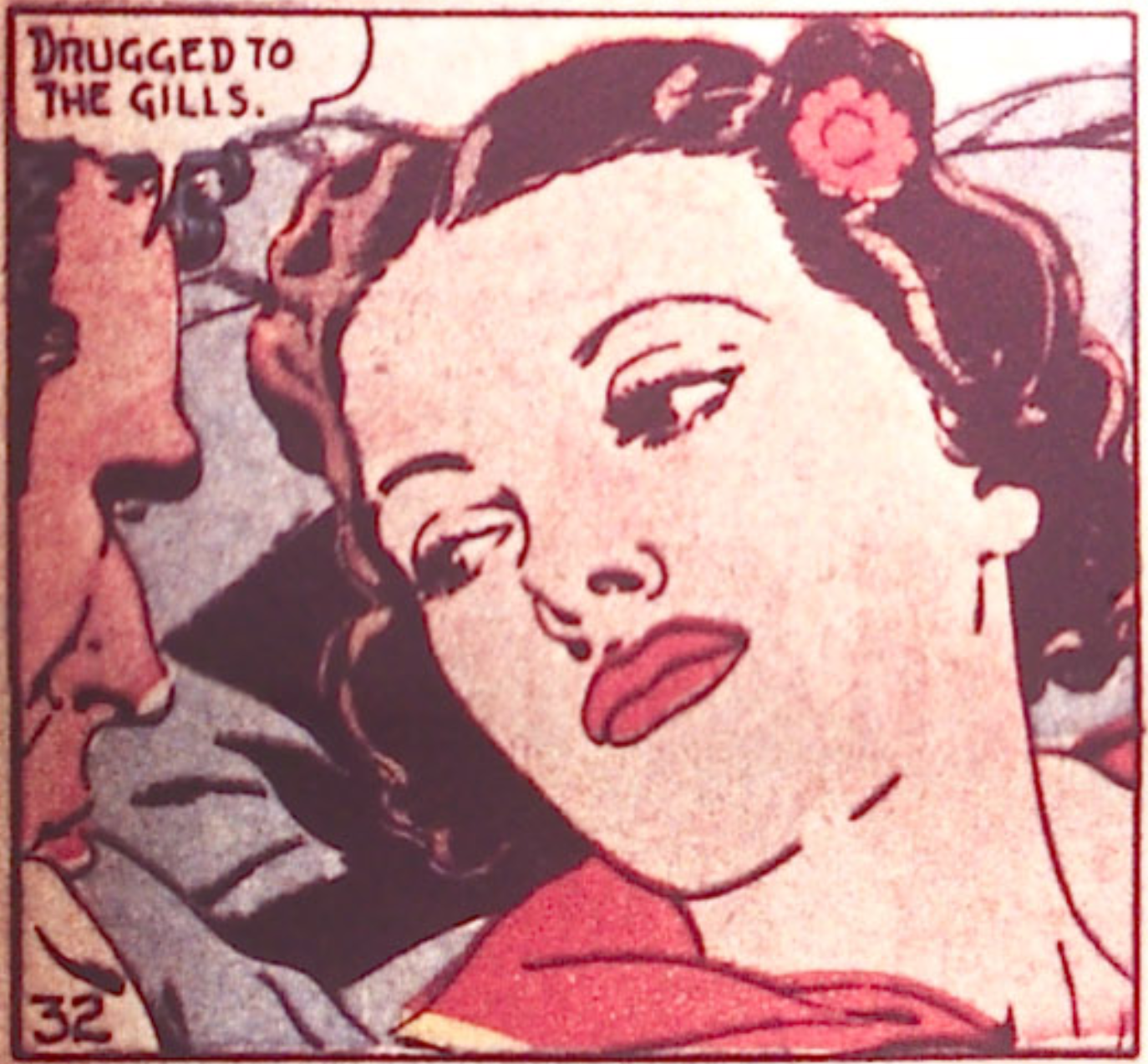 After The Claws of the Red Dragon, Bruce Nelson continued his “yellow peril” adventures in Detective Comics.  Above shows a panel from the second chapter of “The Blood of the Lotus” in Detective Comics #10 (November 1937).  In it, they depict the heroin being drugged (with opium presumably), perhaps the second time drug use was depicted in comic books.