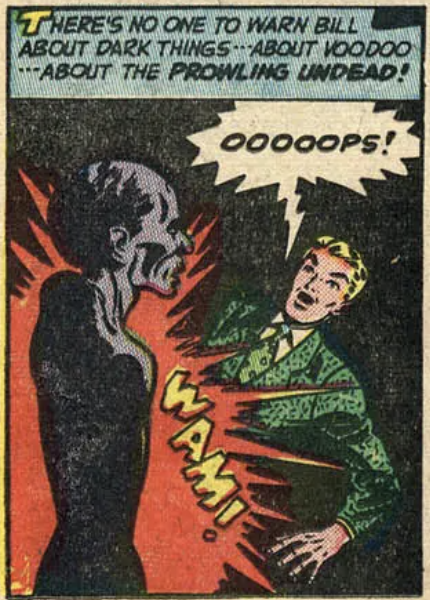 ACG continues to push its horror comic with Adventurers of the Unknown #7 (August 1949), featuring a story called “Drums of the Undead” which featured zombies. The zombie was a pretty new concept to western culture at the time, but the latter half of the 20th century brought zombies to the foreground in horror culture.