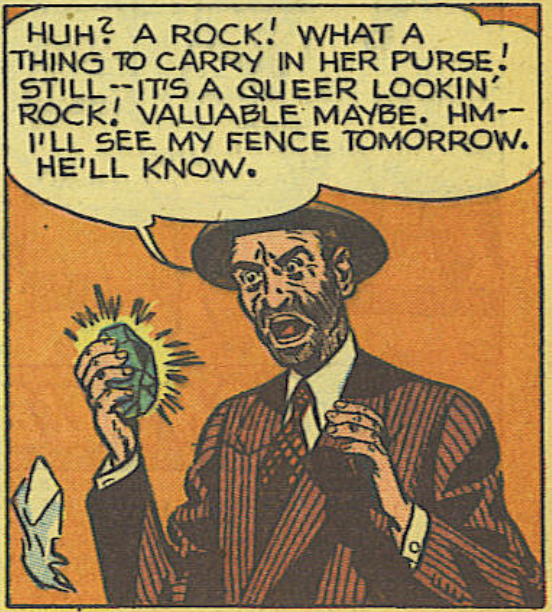 We have finally come to the third decade of comics, the 1950s! In Action Comics #142 (January 1950), a catpurse lifts a piece of synthetic kryptonite from Lois Lane’s purse. The kryptonite had been synthesized by Luthor in the previous issue (Action Comics #141), and the rock had gone missing at the end of that issue, with a “next issue” blurb. Nice bit of story continuity there, DC!

The synthetic kryptonite only seems to paralyze Superman, not poison / kill him at this point in the continuity, but it is green and glowing for the first time! As luck would have it, just as the kryptonite rock is about to reveal Clark’s secret identity to Lois, the draining powers wear off and it has no effect on him.