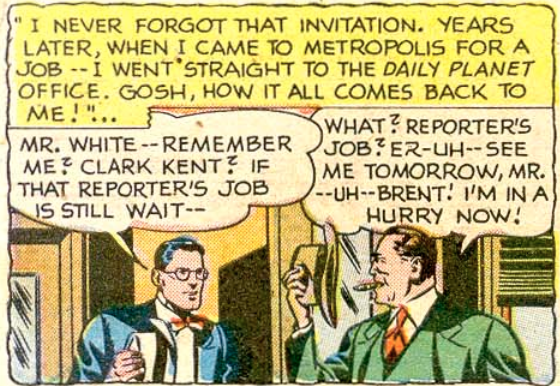 Speaking of world-building, in Action Comics #144 (March 1950), we are flashed back to the time when Clark Kent first tried to get hired by Perry White at the Daily Planet. Years after Perry White visited Smallville High School and suggested it, Clark moves to Metropolis and tries to take Perry up on this offer several times. Not a very exciting story, but I do think it’s amusing that the artist’s means of depicting a younger Clark is the addition of a bow-tie.

I believe this is the first time that Clark’s childhood in Smallville is mentioned in a Superman story.