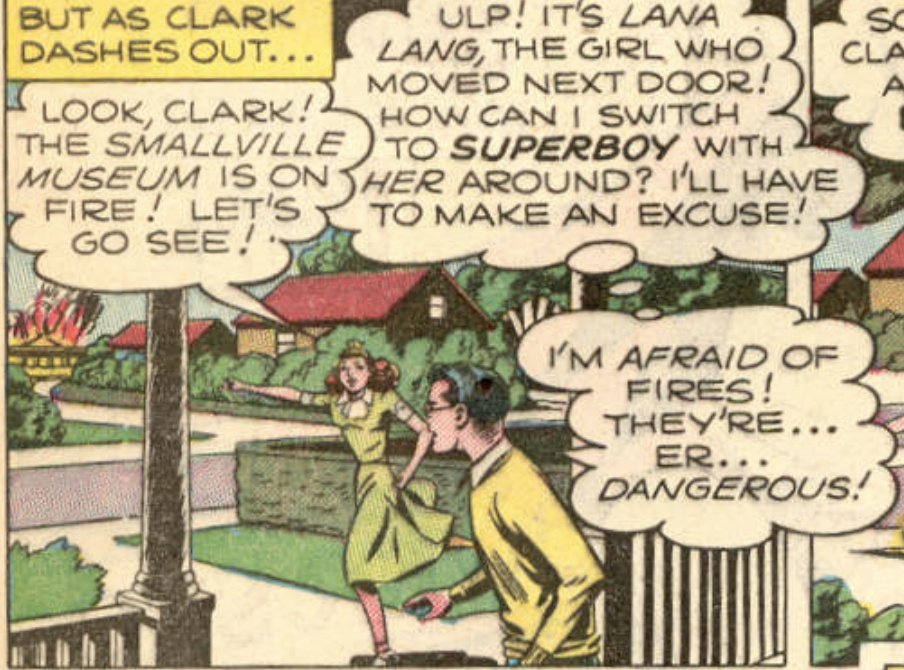 Superboy #10 (July 1950) introduces a new supporting cast to the Superboy mythos: Lana Lang. Lana Lang is pretty much just the teen version of Lois, an inquisitive girl who moves to Smallville next door to the Kents and whose job is to keep Superboy on his toes, protecting his secret identity.

Although Lois Lane is the first character with those initials, Lana Lang really kicks off the trend of characters in Superman’s life whose initials are LL, as called out in the splash page blurb as a gag. Luthor doesn’t get his first name of “Lex” for some time.

I’ve talked before about how Superboy may just be the first Silver Age comic book character and this continual fleshing out of his supporting cast and back story are more evidence of this Early Silver Age.