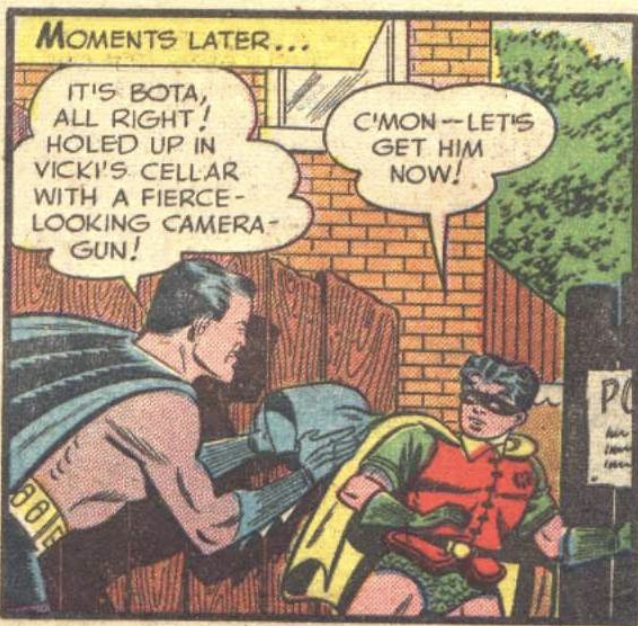 In Batman #64 (February 1951), we get a quick glimpse at how Batman changes into Batman, which apparently involves a stiff mask for a cowl. I always thought that the cowl and cape were part of one piece, but at least in 1951 that is not the case. The cowl, of course, is one of the most distinctive pieces of Batman’s costumes and the hardest to get right in live action.