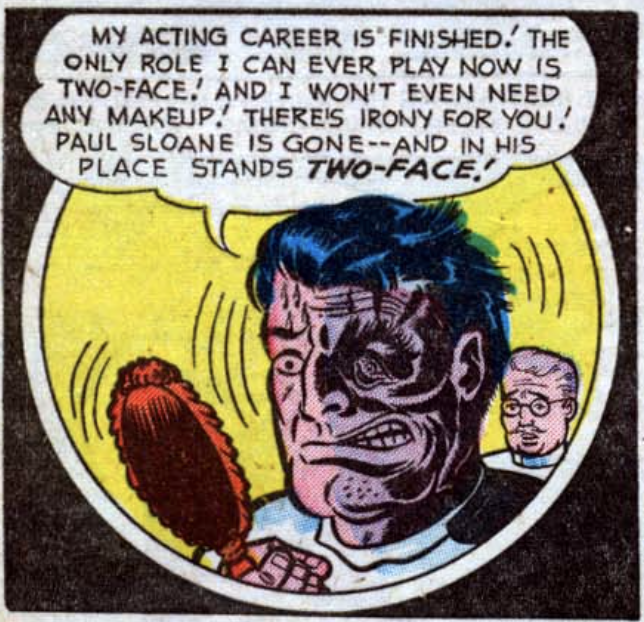 DC leans a bit into the current horror vibe in Batman #68 (October 1951), with an apparent return of a gruesome Batman villain: Two-Face! It’s been three whole years since the last Two-Face story. This time it’s an actor set to play Harvey Dent / Two-Face in a play, who has the same acid-scaring incident occur and it drives him crazy. Batman uses a trick-coin on this new Two-Face to convince him to give up his crimes and see a plastic surgeon.