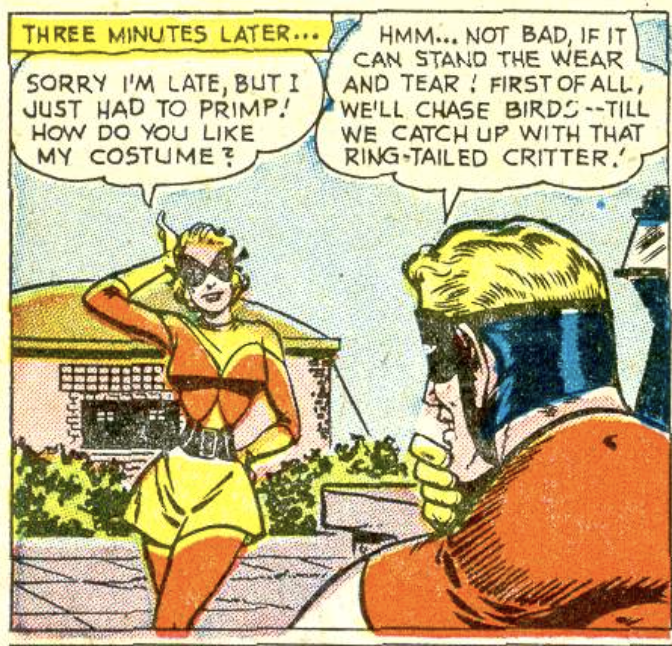 We have had speedster heroes and speedster villains, but Adventure Comics #181 (August 1952) marks the first appearance of a female speedster. While taking dictation for a college professor, Joanie Swift accidentally recites the formula that gives Johnny Quick his powers and the two team up to battle crime. The team-up does not last long, since Johnny scrambles her notes so that she can’t accidentally recite the equation again.