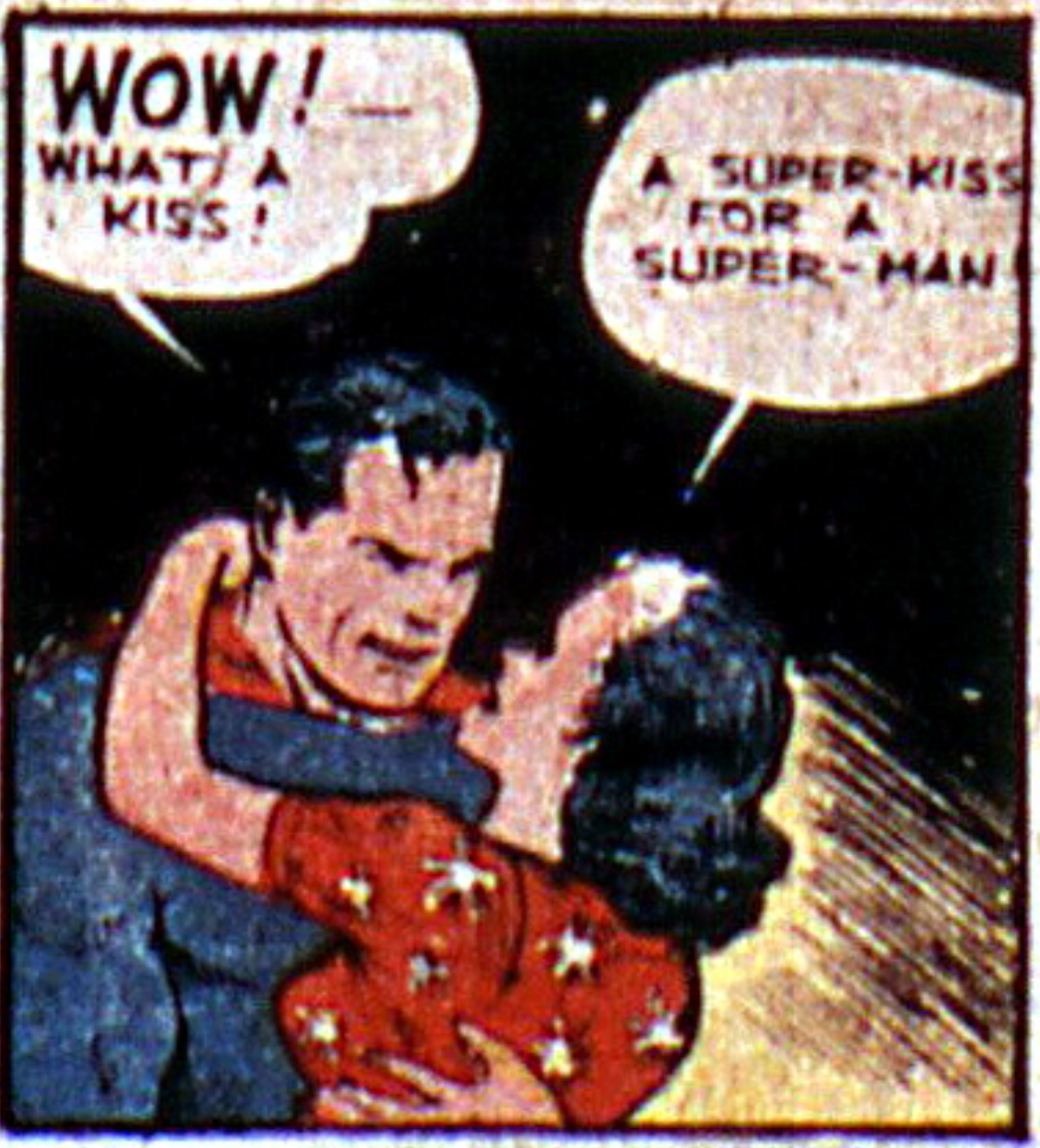 Lois kisses Superman for the first time in Action Comics #5 (September 1938) and their relationship shows some continuity as this is clearly their second meeting. With this story, Jerry Siegel beautifully sets up a trope that would power Superman’s supporting cast for 50 years: Lois is in love with Superman and can barely give Clark the time of day.

In this story, Lois tricks Clark into missing a broken dam story so she can chase the headline herself. It’s one of the few times I remember that Lois actually gets the better of Clark / Superman.

I like how Joe Shuster is playing with the appearance of Clark Kent to distinguish him further from Superman (in this case having wide eyes and plaintive look in his face).