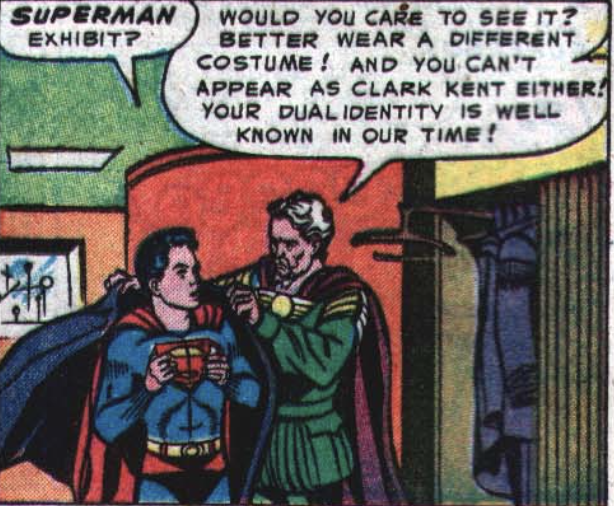 Only a couple months after visiting the 25th century, Superboy visits the 30th century in Superboy #27 (June 1953) in a story called “The Movie Star of Tomorrow!”. This time it is thanks to an inventor working on a device that captures artifacts from the past for his museum, who snags Superboy into the 30th century – where I guess the Legion of Super-heroes has not been created yet but the memory of Superman’s exploits has been restored. Superboy helps the inventor promote his Superboy museum by filming some escapades.