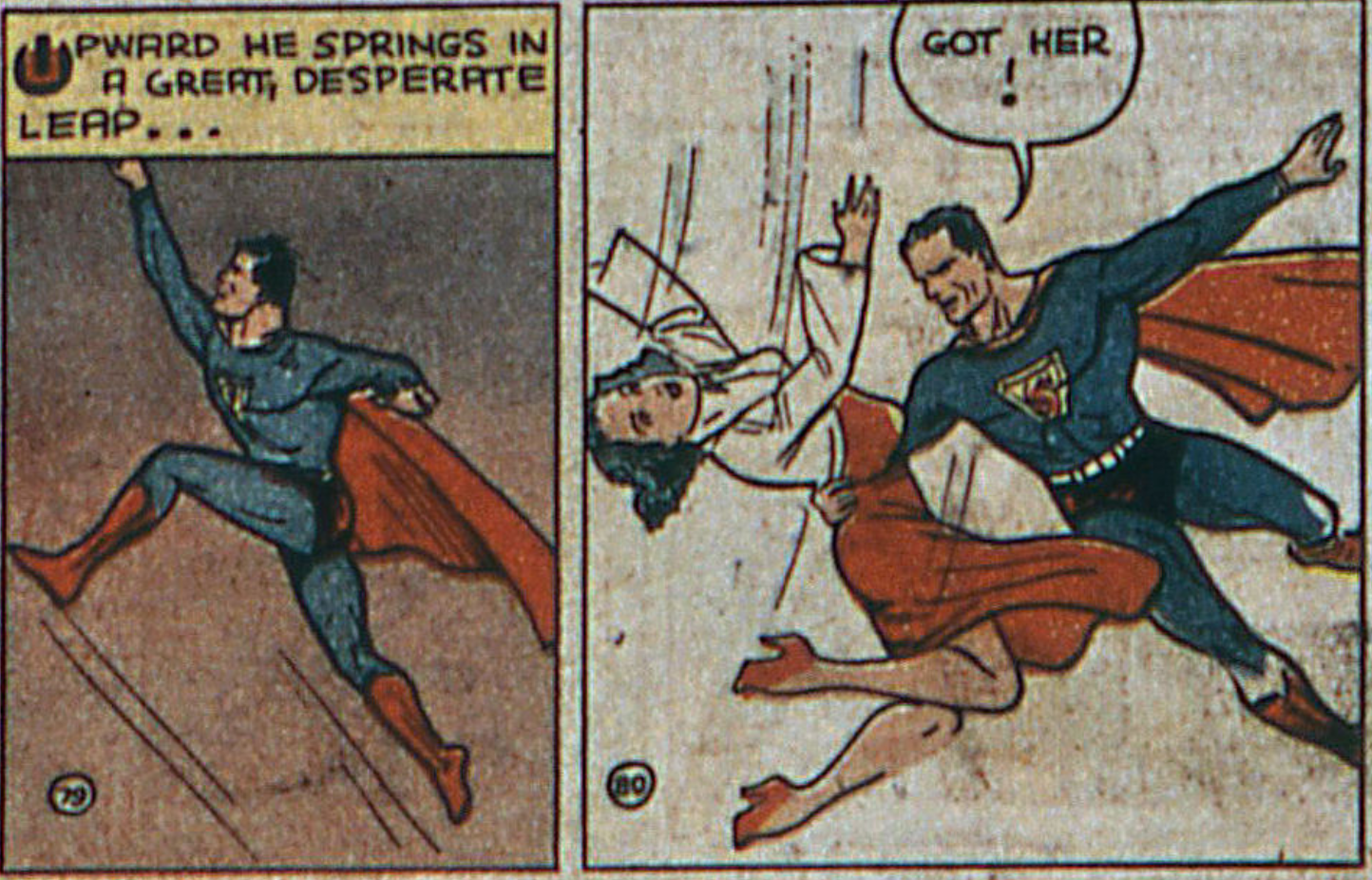 By October 1938, Superman’s fame is beginning to spread both in the real world and in the fictional world of the DC universe. The Daily Star dubs him the “Man of Steel”. It leads to a fun story where a promoter claims he is Superman’s manager and uses a fake Superman to garner promotional revenue.

Clark goes to investigate and Lois tags along, eager to meet Superman again. This time Lois tries to ditch Clark at a nightclub by drugging him (wow, characters in the 1930s apparently thought nothing of slipping someone a mickey!). Clark is unaffected, but plays along until he catches up with her later, literally:

Superman gains red boots in this issue, which basically means his costume is now complete, though his insignia wouldn’t solidify for more than a year. if my memory is correct.