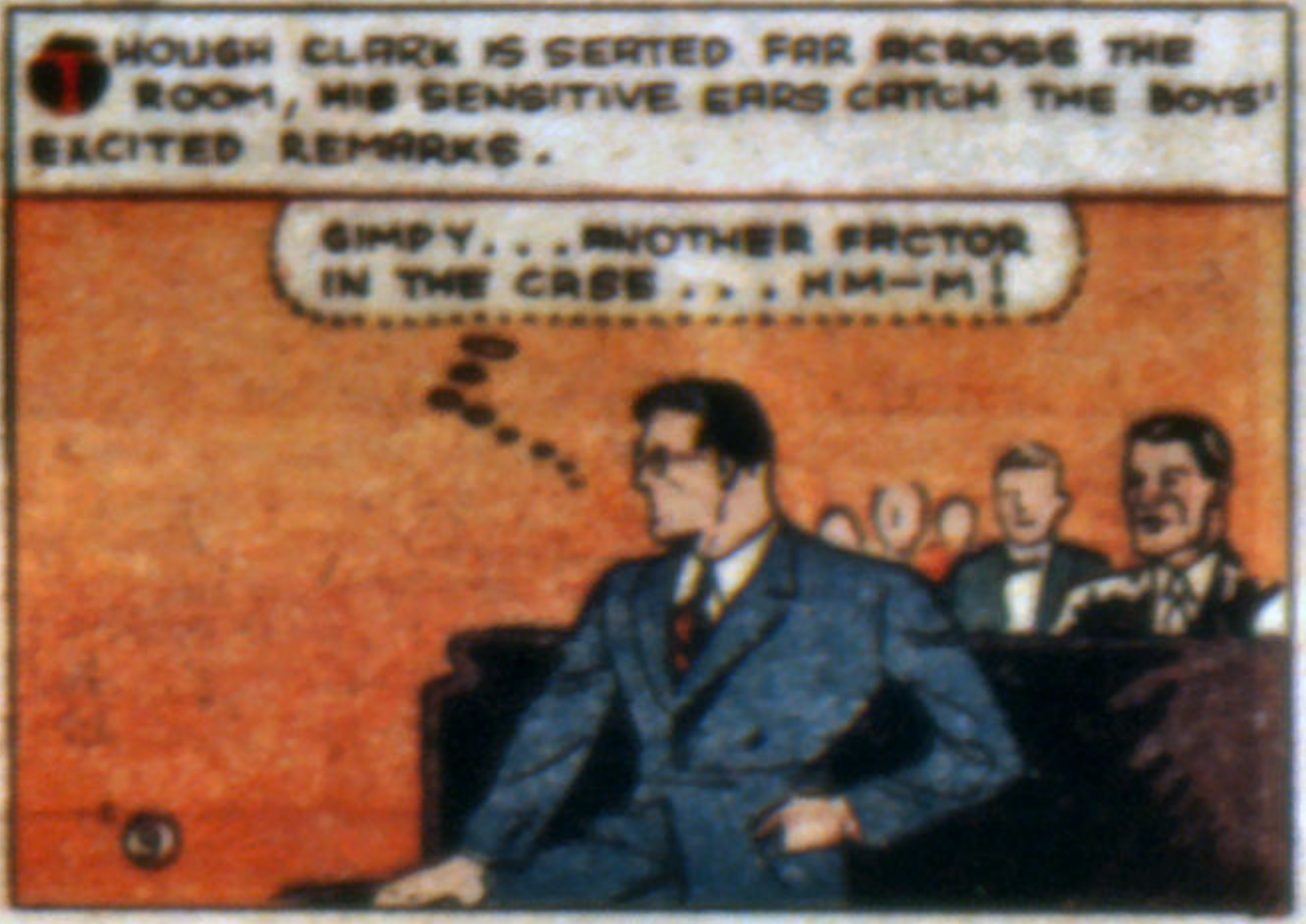 In December 1938, Action Comics #8 featured the first time Superman used his super hearing power, setting the stage for what was to be a gradual widening of Superman’s powers to god-like abilities. Action Comics #8 also featured Superman deciding that the right way to set a bunch of wayward kids straight was to demolish the slum buildings where they lived (a ridiculous solution).