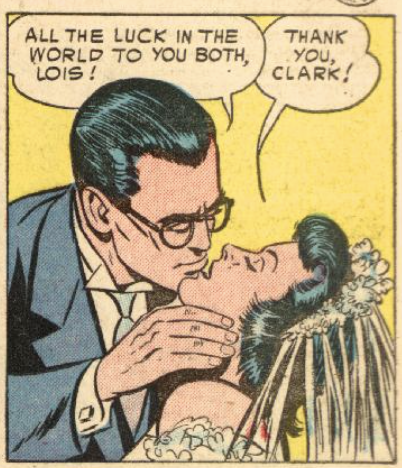 Forty-one years before DC comics had the balls to actually make it happen, Lois tells the story of how she married Superman in Action Comics #206 (May 1955). She relates the story to the reader, a rare departure for DC Comics in which they break the fourth wall.

Readers may have been scratching their heads as to how this can actually be happening, but of course seeing Clark at the wedding with Superman should have been a dead giveaway.

It was only a dream! And every kid who bought the magazine thought to themselves, what a rip-off!

DC got better at this over the years, realizing they needed to tell out-of-continuity stories to keep their readers interested. In later years, they would just tell the reader up-front that this is an “imaginary story”.