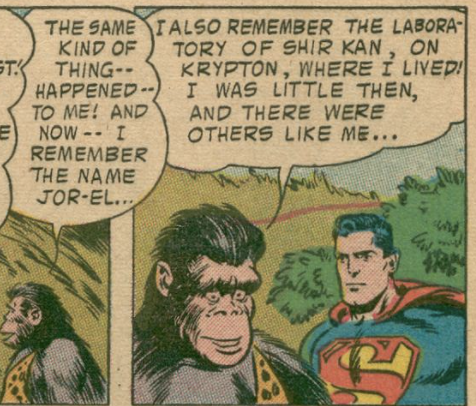 In Action Comics #218 (May 1956), Superman encounters a talking, super-strong, intelligent ape who turns out to be from the planet Krypton. The apes were shot into space by a scientist, Shir Khan, who was too cautious and died in the explosion of Krypton. Superman unites Super-Ape with his kindred who were sent to other planets. The End.