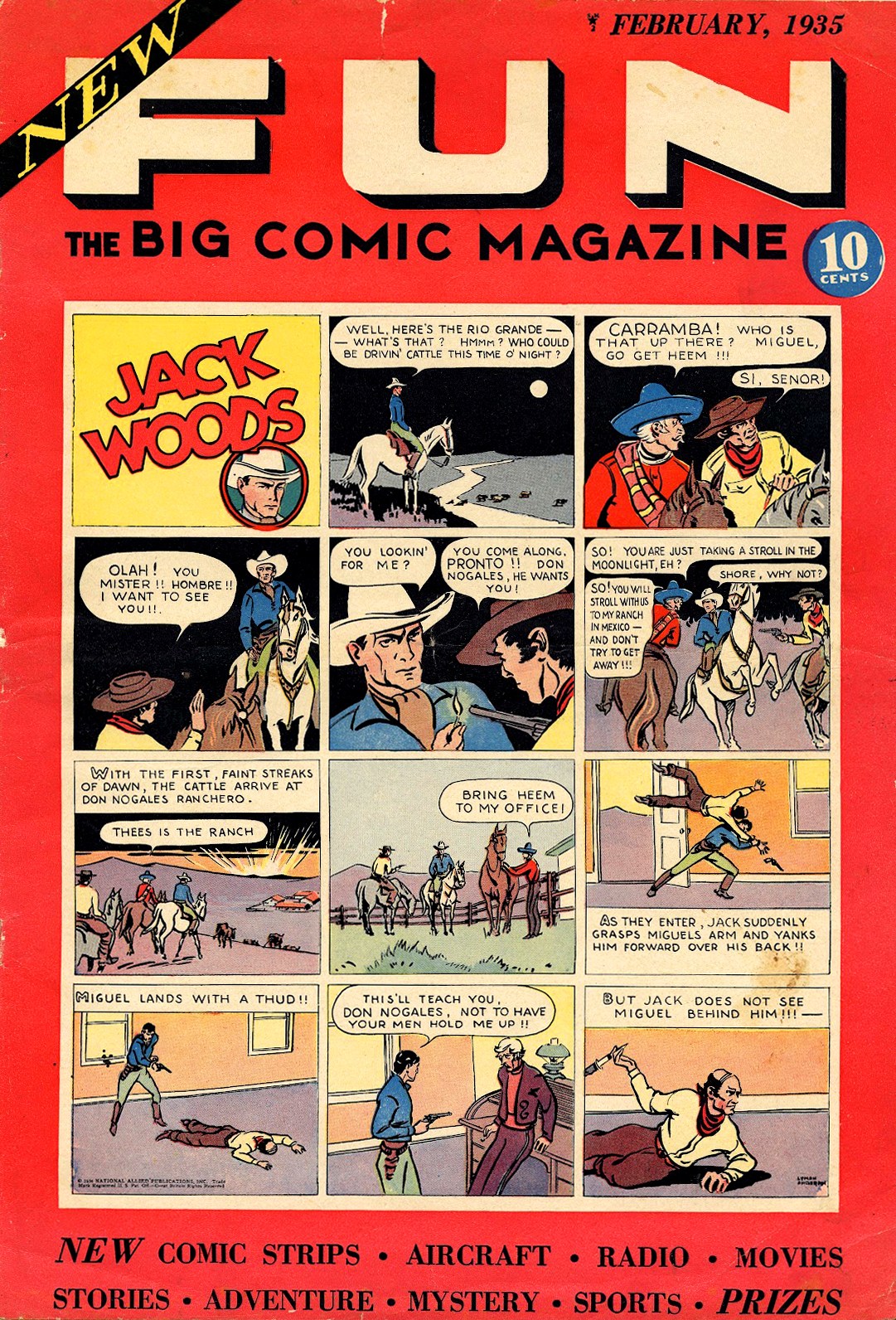 Before 1935, comic books were an unprofitable experiment by one company: Eastern Color.  Starting in January 1935, this experiment becomes an industry as a new company enters the arena with New Fun Comics #1 by National Allied Publications.

New Fun Comics was black and white and contained things like funny animal strips and western stories but is historically important for three reasons:

1935 was also significant because it was the first month when comic books contained advertising.  Both Famous Funnies and New Fun both had ads for things like Daisy Air Rifles.