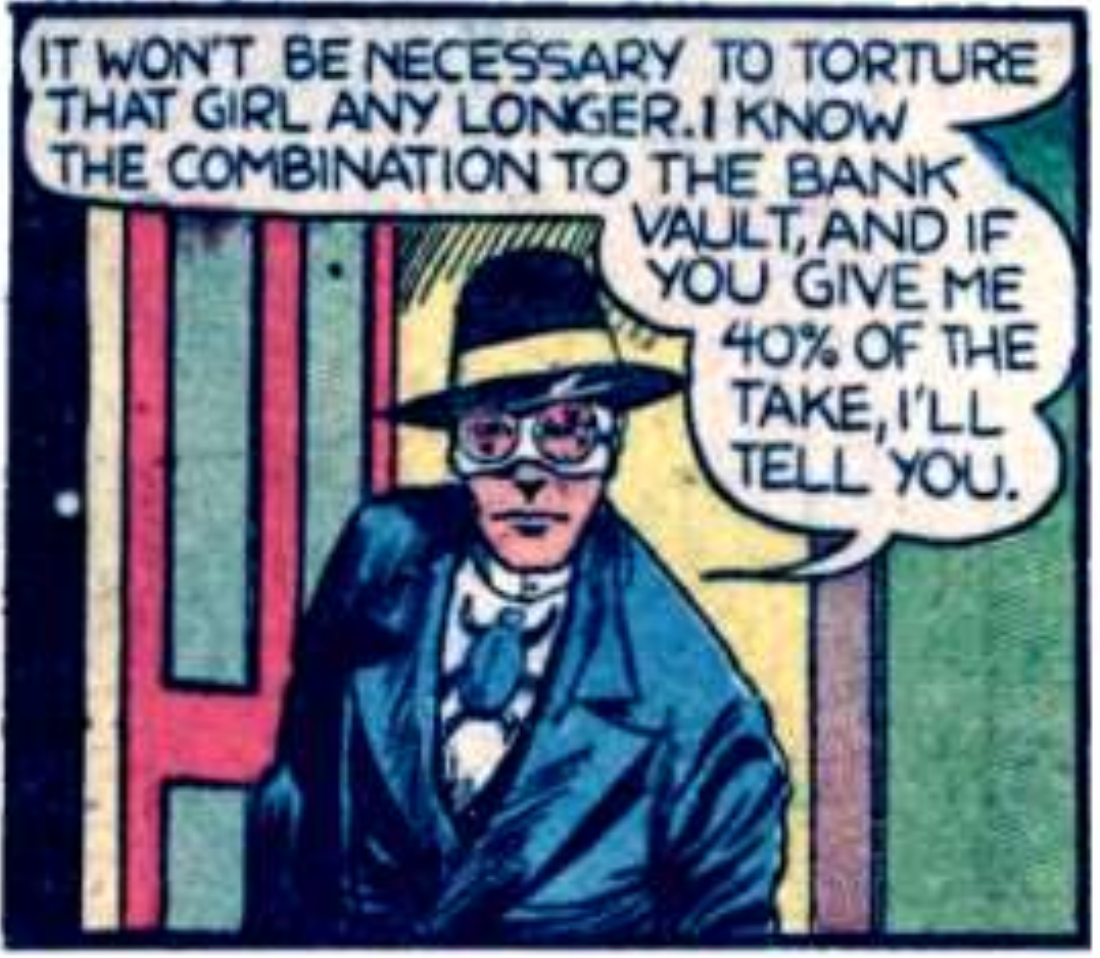 June 1939 saw another important superhero moment in the publishing of Mystery Men Comics #1 (Fox Feature Syndicate) which included the first story of The Blue Beetle. I was first introduced to the spandex-wearing, powerless-but-gadget-loving Ted Kord version of the Blue Beetle in the 1980s after DC decided to fold its Charlton comic characters into its main universe continuity and I always thought it was a weird name. I guess it never occurred to me that the original Blue Beetle started as a simple copy of the Green Hornet. Dan Garret was a bland cop who decided to wear a mask, hat, and trenchcoat to fight crime in his off hours. Sometimes he would leave a beetle scarab for criminals to find and get scared about. Ooo.

The creation of this version of the character is a little muddied with the name Charles Nicholas coming up (Charles Nicholas Wojtkoski) while others think that Will Eisner might have scripted the tale.