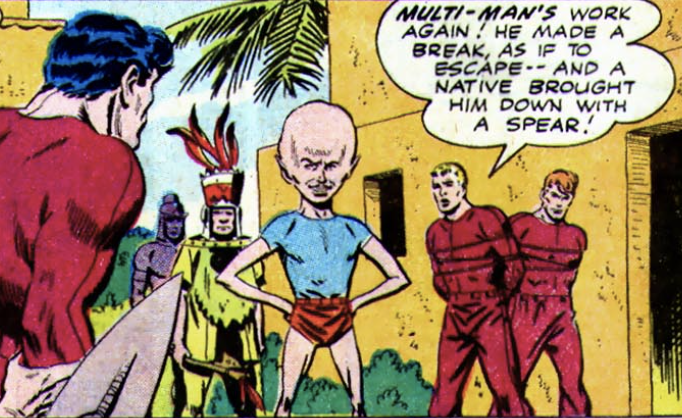 Multi-Man, the Challengers best-known nemesis, returns in Challengers of the Unknown #15 (June 1960). In this issue he dies in an explosion in his jail cell and is re-born with super-strength and super-invulnerability. The Challengers manage to douse him again with the antidote that takes away his power one last time. Then a native jabs him with a spear in an escape attempt and he is reborn yet again this time with super-powers of the brain:

Multi-Man’s series of transformations is at an end, and this is roughly the way he stays for the many adventures hereafter. The Challengers foil his plan and bring him to jail but they’ll be battling him again rsn.