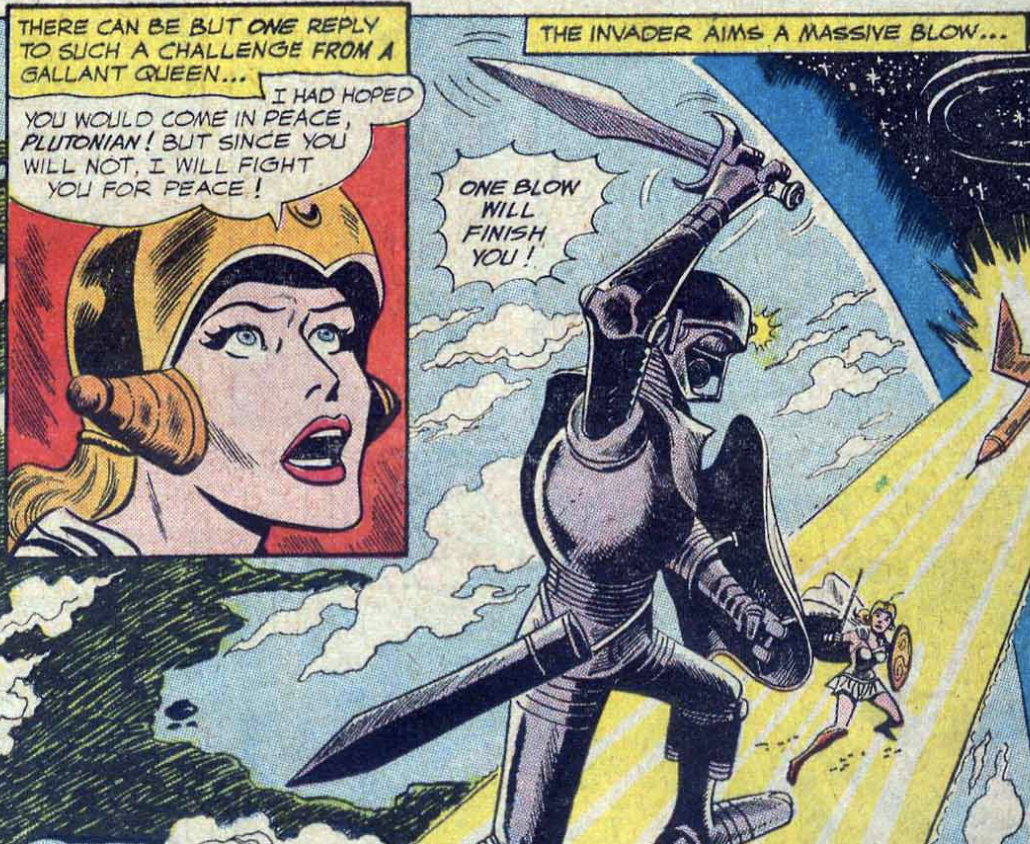 Speaking of expanding the family, Wonder Woman #121 (Feb 1961) tries to change Queen Hippolyta from a sidelines-only character into one of action. In it we are treated to the first tale of “the entire Wonder Woman Family”. The trick is its all done through the “time and space screen” on Paradise Island, in which first Wonder Girl and Hippolyta watch Wonder Woman through an adventure, then we follow Wonder Girl for a bit, then both Wonder Woman and Wonder Girl watch the same point in time when Queen Hippolyta takes on enemy space craft.

I think this is the first time we’ve seen not only Hippolyta in heavy action in space, but other Amazons dying in battle (well, at least a spaceship or two cracking up).