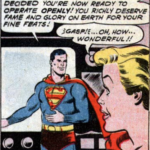 Action Comics #278 (May 1961) begins a multi-issue spanning Supergirl arc, starting with the revelation that Superman has decided to reveal the existence of Supergirl to the world. It’s been more than two years since the introduction of the Supergirl character and perhaps the writing team has run out of ways to make interesting stories […] 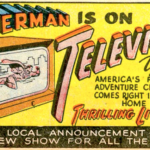 In October 1952, most of DC comics had a cross-promotion for a new TV show: The Adventures of Superman! Starring George Reeves as the titular character, this show would be a pretty big hit and was the first television show based on a comic book character. I remember watching some of these in rerun syndication […]