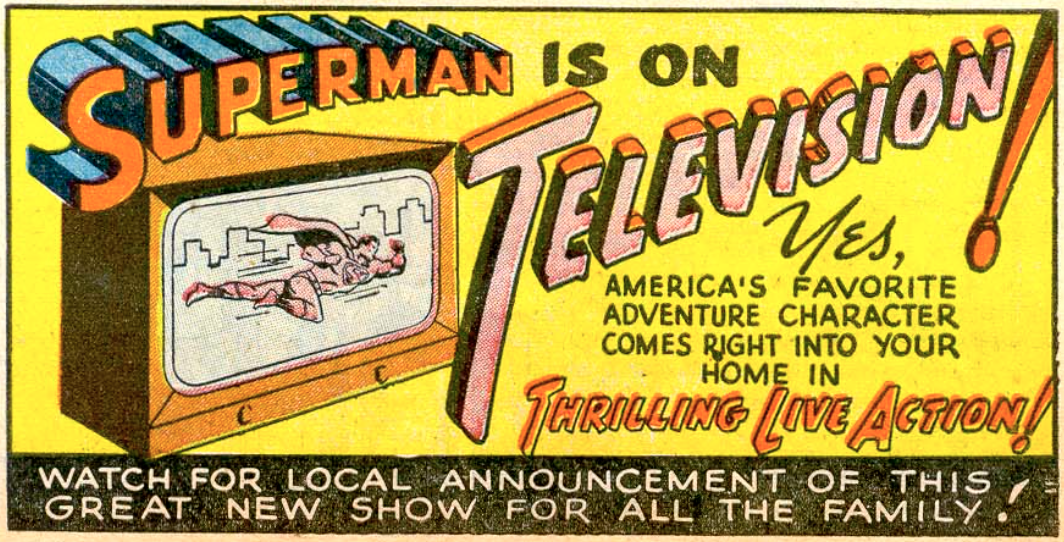 In October 1952, most of DC comics had a cross-promotion for a new TV show: The Adventures of Superman! Starring George Reeves as the titular character, this show would be a pretty big hit and was the first television show based on a comic book character. I remember watching some of these in rerun syndication as a kid and getting a kick out of it, even if it was black and white and more than twenty-five years after they had originally aired.