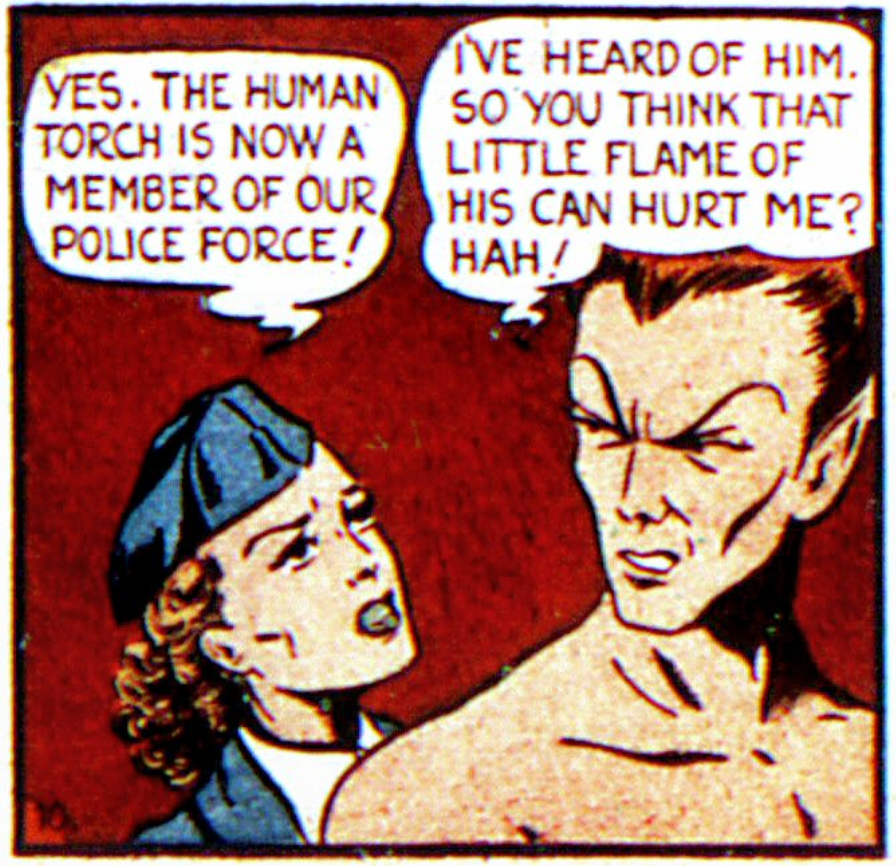 Timely Comics (the company that later became Marvel Comics) continued to innovate by inventing the first superhero crossover. The above panel in Marvel Mystery Comics #7 (March 1940) is the first time comic book characters from different “strips” have hinted at a shared universe. The Human Torch and Namor, the Sub-Mariner would clash in the next issue and as a consequence make the mythos of superhero worlds way more richer for decades to come.

Also, Namor was a little bitch.