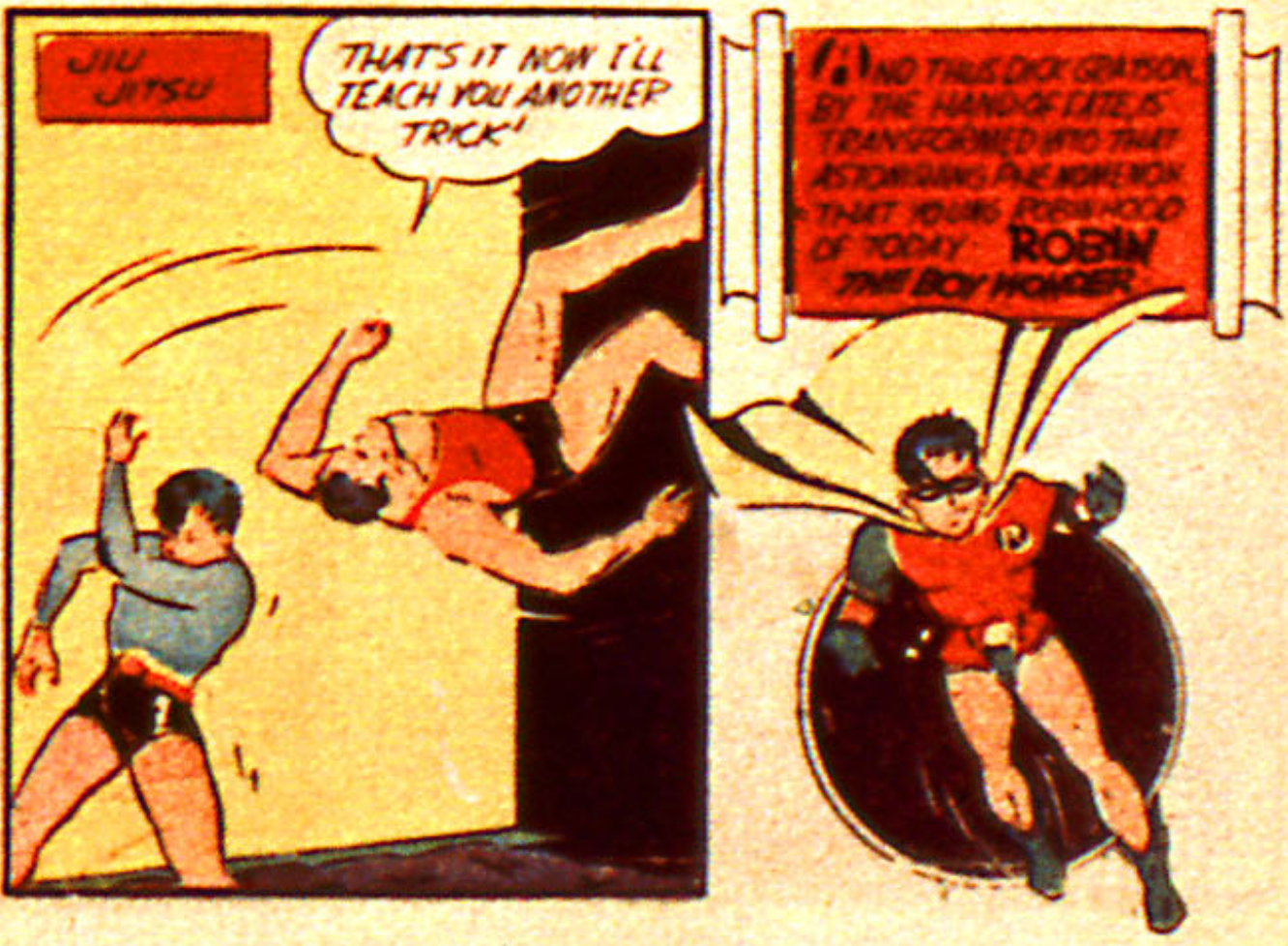 In Detective Comics #38 (March 1940), Batman gains a youthful sidekick as he rescues the newly orphaned Dick Grayson and trains him to become Robin, the Boy Wonder. Robin was co-created by Bob Kane, Bill Finger and inker Jerry Robinson.

This issue marks the start of shift to a lighter tone for Batman, one in which he and Robin begin to make wise-cracks while fighting criminals… Hell, Batman even smiles:

This is odd to me, because only a few weeks later, DC gives Batman his own comic book, meaning he must have already been a big hit like Superman before the introduction of Robin and the lighter tone. So why the big change in story direction?