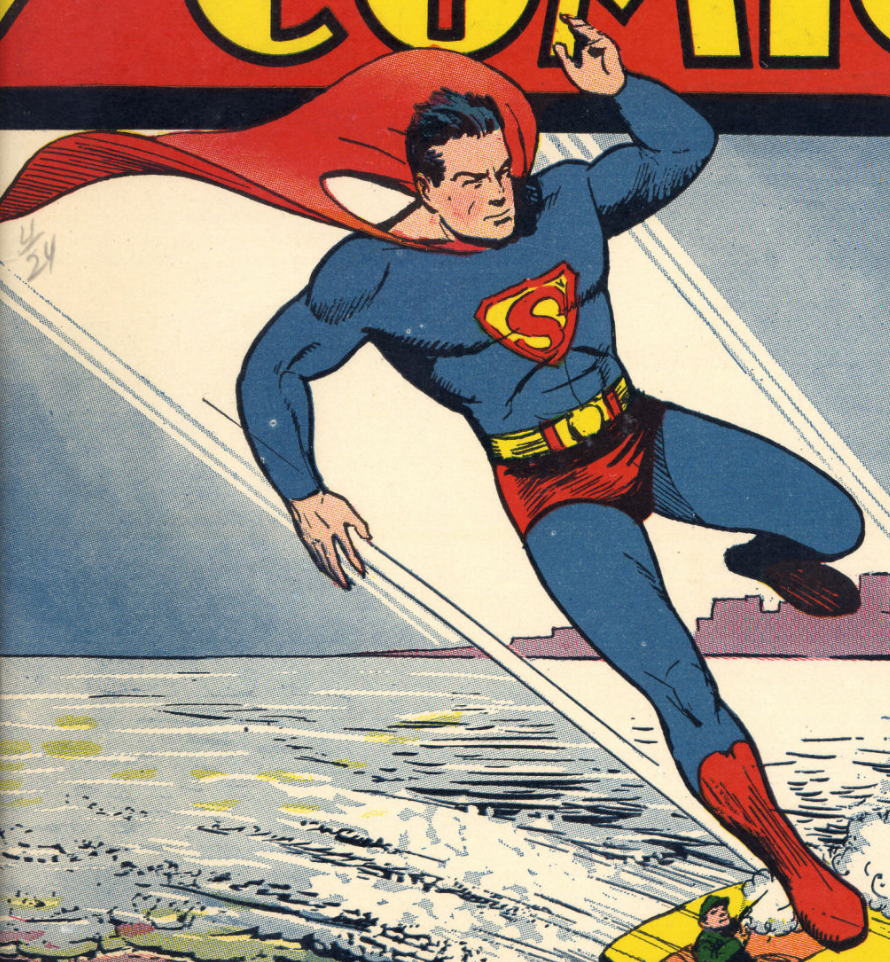 Up until now, Superman‘s insignia has usually drawn as an inverted yellow-bordered triangle surrounding an ‘S’ of first yellow, then red. Action Comics #25 (April 1940) shows the final major iteration of this symbol to a red-bordered diamond shape that is now recognized the world over. Note that the Wikipedia article on this states that the Fleischer cartoons are when the the symbol first appears as a diamond, but the above cover disproves that, having hit the news stands about a year earlier.