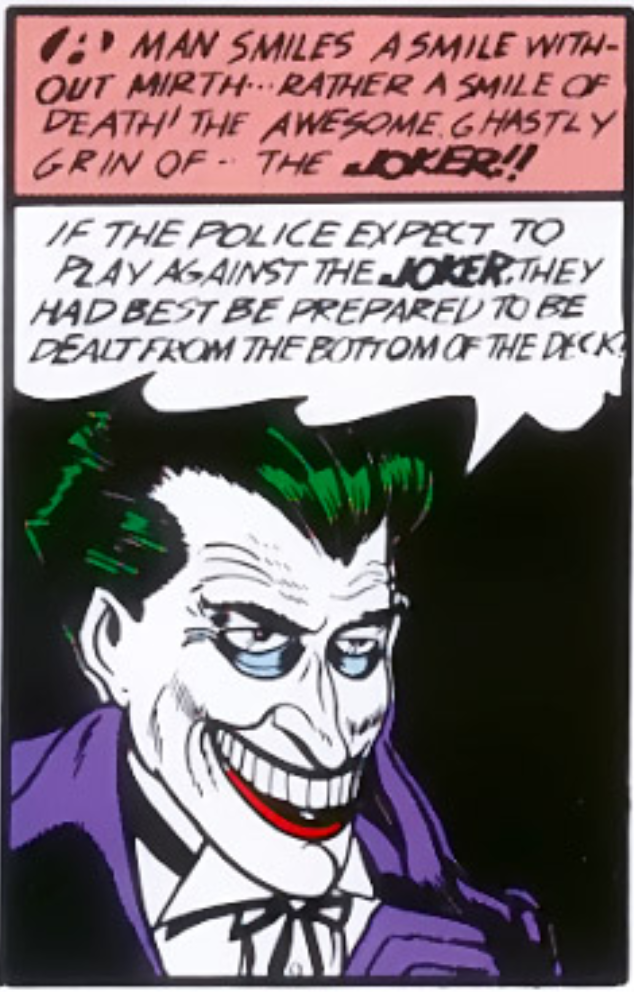 Before the introduction of Robin only one month earlier, Batman’s rogues gallery consisted of only three villains: Doctor Death, the Mad Monk, and Hugo Strange. In April 1940, DC released Batman #1, its second comic book dedicated to just a single superhero. In it, they recount the Batman’s origin and then feature not one, but two of Batman’s most-recognized villains: The Joker and the Catwoman.

The Joker is recognizable from his first appearance and has changed relatively little in the course of 78 years: a chilling, homicidal, insane criminal.

Catwoman, on the other hand, starts as a beautiful, costume-less burglar named “The Cat” who Daddy Bats is attracted to, even threatening a spanking and then looking up her dress:

At this stage, I’m definitely noticing a lot more bondage imagery in comic books, especially on comic books covers from Timely (Marvel) of this era.