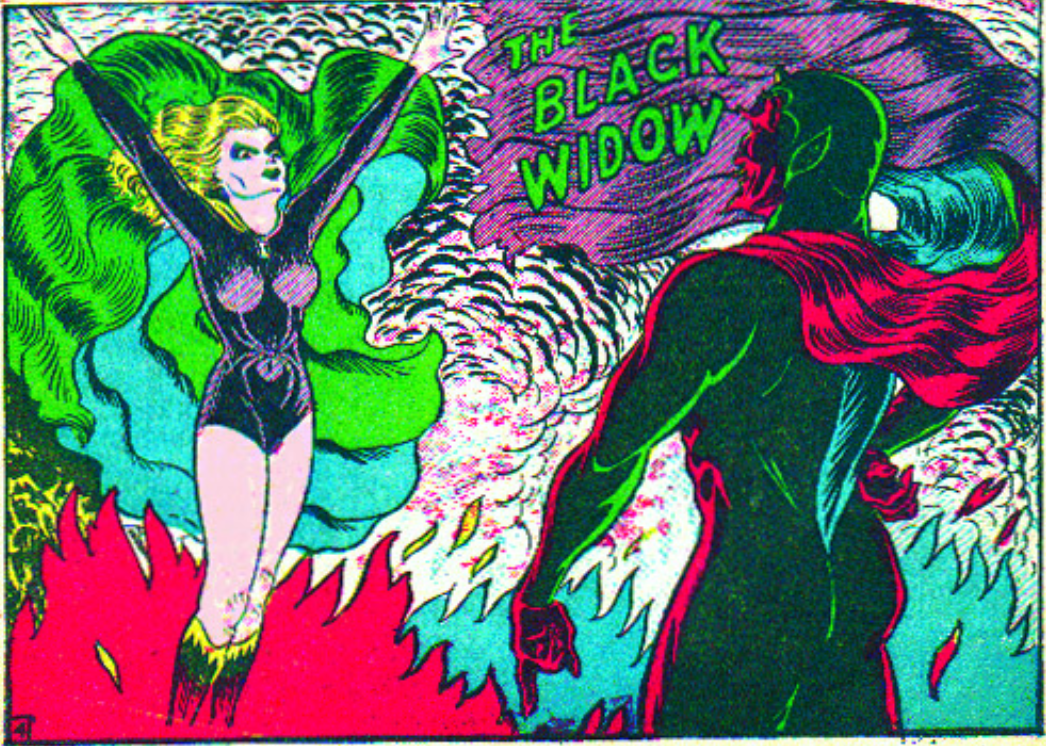 In Mystic Comics #4 (June 1940), Timely Comics Inc (later Marvel) introduces the first costumed female superhero, Black Widow. Claire Voyant is a spiritual medium who is overcome by evil powers while performing a seance. She puts “Satan’s curse” on the family who later die in a car crash. The surviving brother murders Claire and she is taken to Hell where Satan returns her to life as The Black Widow, a being with mystical powers whose mission is to bring evil souls to Satan. Really a pretty unique premise for a superhero character, until you realize she is kind of just a sexier “inverse” of DC’s Spectre: someone who is brought back to life with powers and given mission by a higher power.

I’m also realizing that some of Marvel’s silver age characters were given great names simply because they held the copyright to different characters with those same names from much earlier in their publication history: Black Widow, Human Torch, the Angel, and the Falcon.