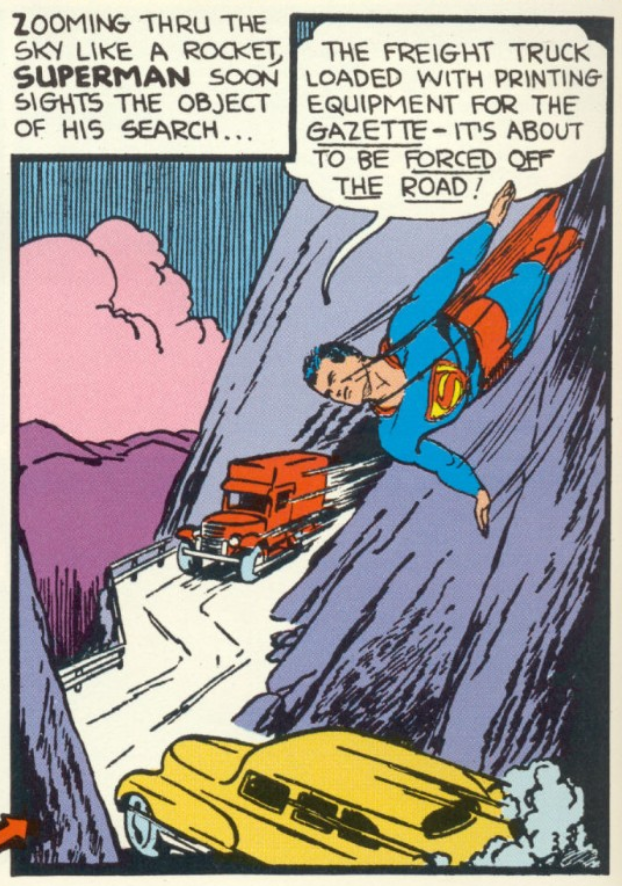 By Superman #6 (July 1940), Superman is nearly flying. I say nearly because other stories in this issue use the term “gliding” and show him using his cape to halt his descent.

By now, the DC universe has at least two characters that can fly: Hawkman and Green Lantern. It feels like Superman should join the club instead of awkwardly leaping everywhere!