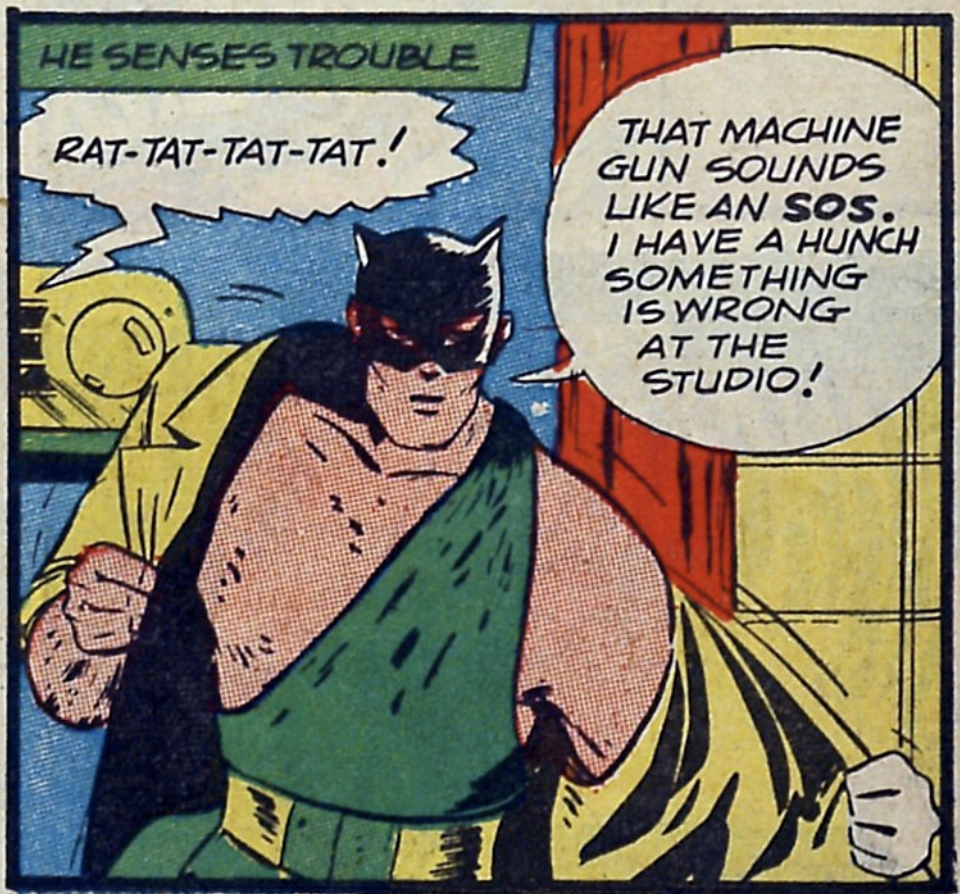 In Crash Comics #4 (July 1940), Cat-Man debuts, who is, of course, an orphaned boy raised by a tigress and imbued with powers and abilities of a tiger. Only two issues later, Crash Comics would be renamed to Cat-Man Comics and re-start numbering at issue 1. Tem Publishing later become Holyoke Publishing, but as far as I know, all their characters have entered the public domain.