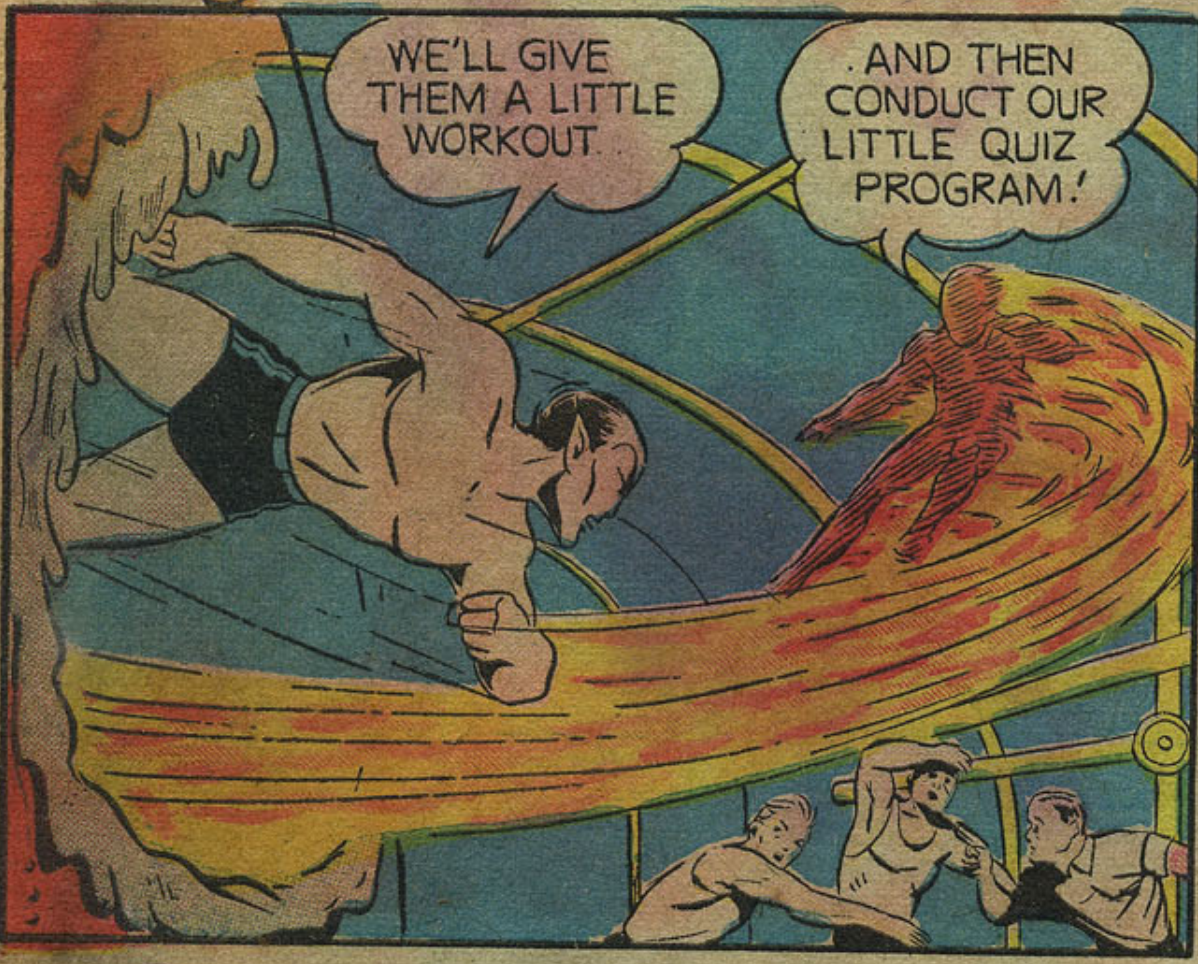 In Marvel Mystery Comics #17 (January 1941), the Human Torch and Namor appear together again, but this time as allies fighting the Nazis. The two still spar a bit with each other before they learn to cooperate. I had no idea this hallmark of Marvel Comics existed from the Golden Age!