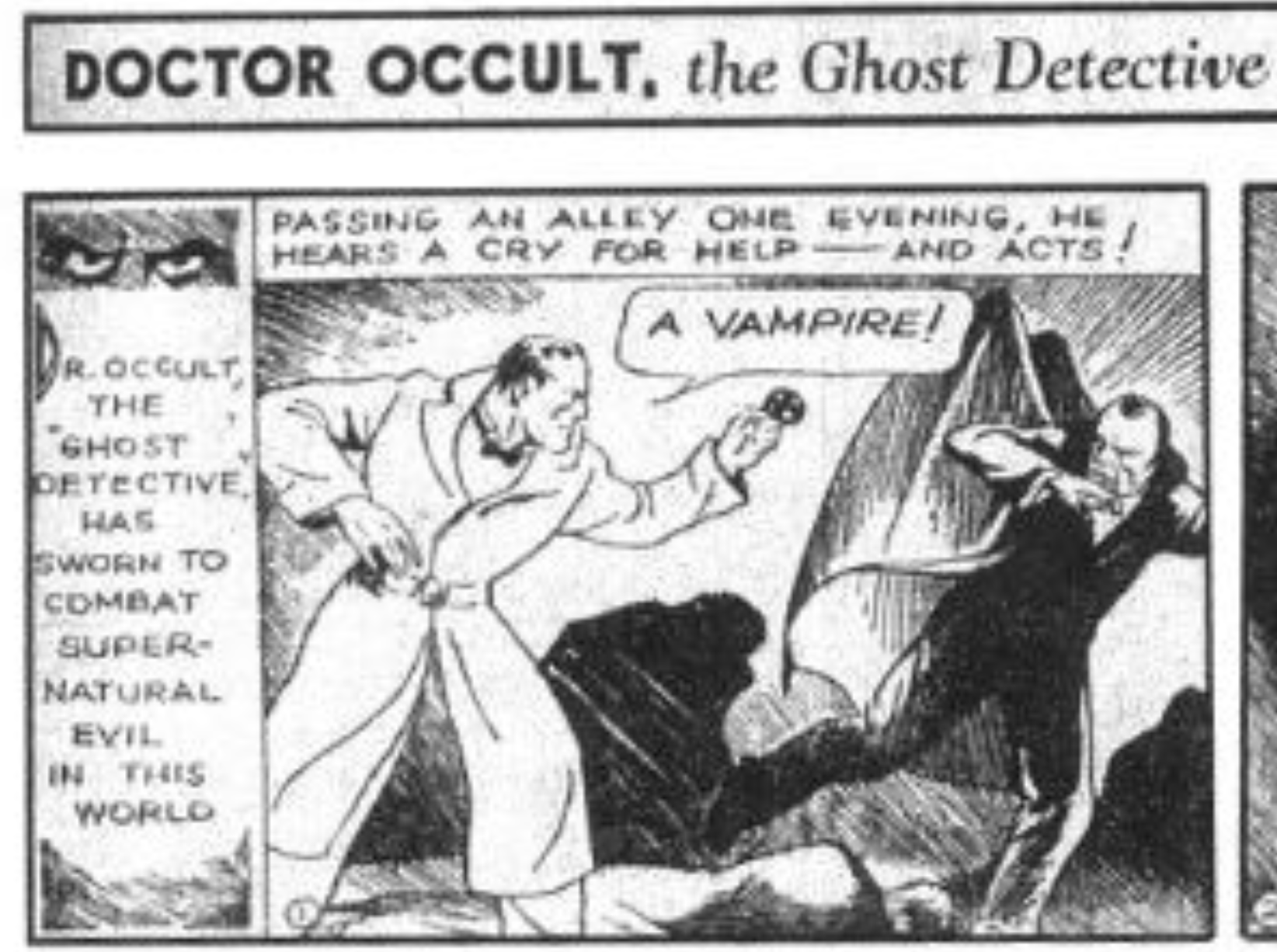 It’s September 1935 and here we are, the birth of the DC Universe.  With this panel Doctor Occult becomes the first character to exist in the DC Comics universe, though obviously there was no such concept of a shared universe / continuity at the time.  The strip debuted in New Fun Comics #6 by National Allied Publications (later DC Comics).

Initially, Doctor Occult was your standard trenchcoat-wearing detective that happened to fight supernatural menaces.   The strip was written by “Legers and Reuth”, pseudonyms for Jerry Siegel and Joe Shuster, the creators of Superman (we are still about 3 years away from that moment).

The definition of superhero is a little loose here, but most people cite Mandrake the Magician and The Phantom as the first ones (while others cite Tarzan, Zorro, Popeye and the Scarlet Pimpernell), but I believe Doctor Occult has the distinction of being the first “superhero” to appear in a comic book, period.  Doctor Occult was also the first superhero to start in comic books as opposed to other characters who appeared in newspaper comic strips first.

Another interesting fact about September 1935 is that, from this point onwards in history, the company that would become known as “DC Comics” has not skipped a month of publishing comic books.