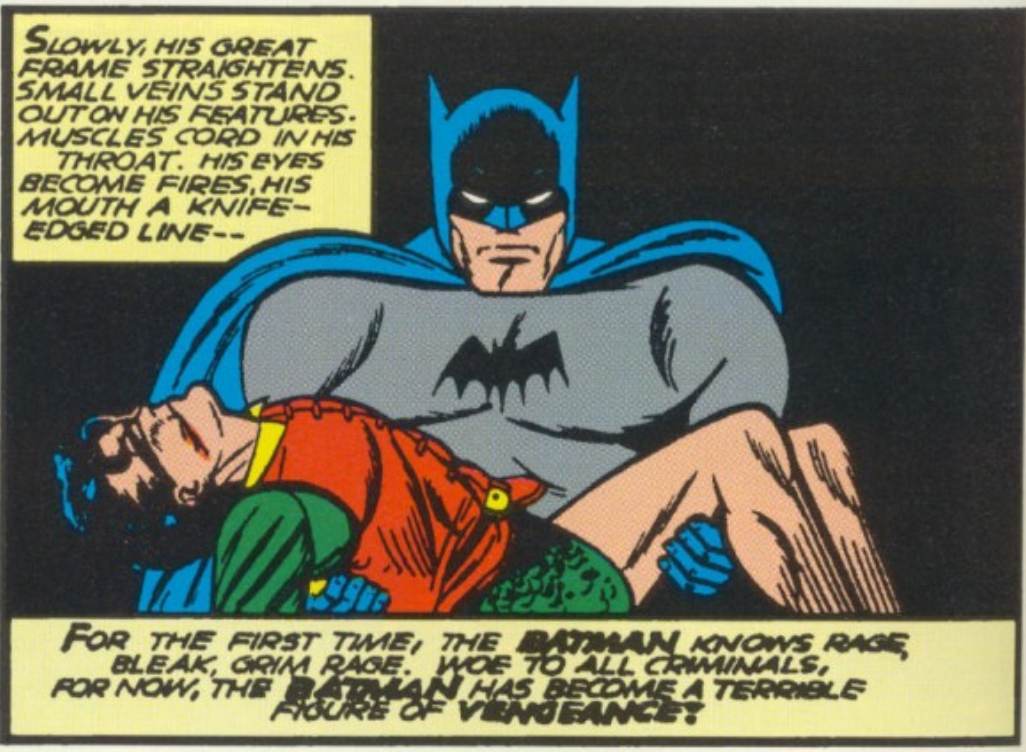 Although Batman #5 (April 1941), features another tale of Bat-silliness with dragons, giants and flying carpets, it also features a separate story in which Batman finds the near-lifeless body of Robin, beaten up by criminals. He experiences terrible feelings of rage and vengeance; a dramatic departure from his silent, mysterious, and almost dispassionate first year as well as the more adventurous spirit he began to have once Robin joined his team.

He brings Robin to a doctor and threatens to murder the doctor if he refuses to operate on the boy:

This Batman is closer to the unhinged version we saw in film Batman v Superman.