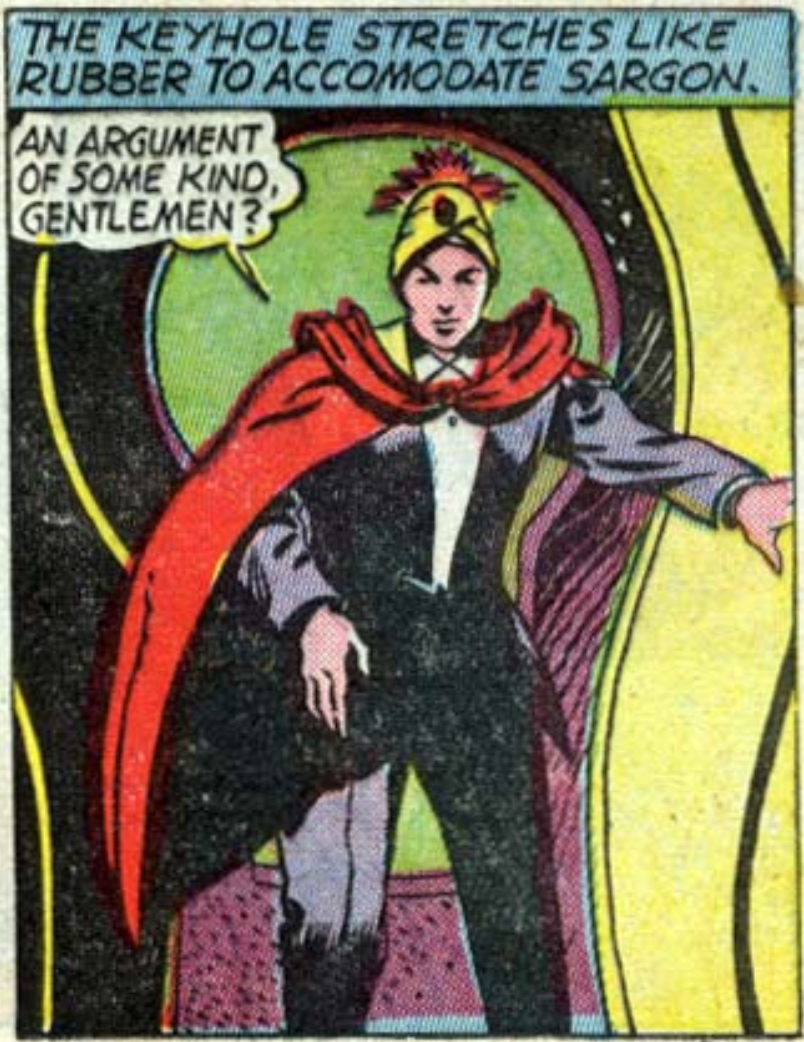 Sargon the Sorceror debuts in All-American Comics #26 (March 1941). Wikipedia describes him as a “second string mystic”, though his turban, ruby and cape make him pretty distinctive. Sargon is really David Sargent, just a regular guy, who learns he has powers to shape reality to his whim through the Ruby of Life – maybe it was one of the Infinity Stones? As is natural in the DC Universe, he decides to adopt an identity to conceal his powers and becomes a stage magician, complete with turban, to hide the fact that he has real powers.