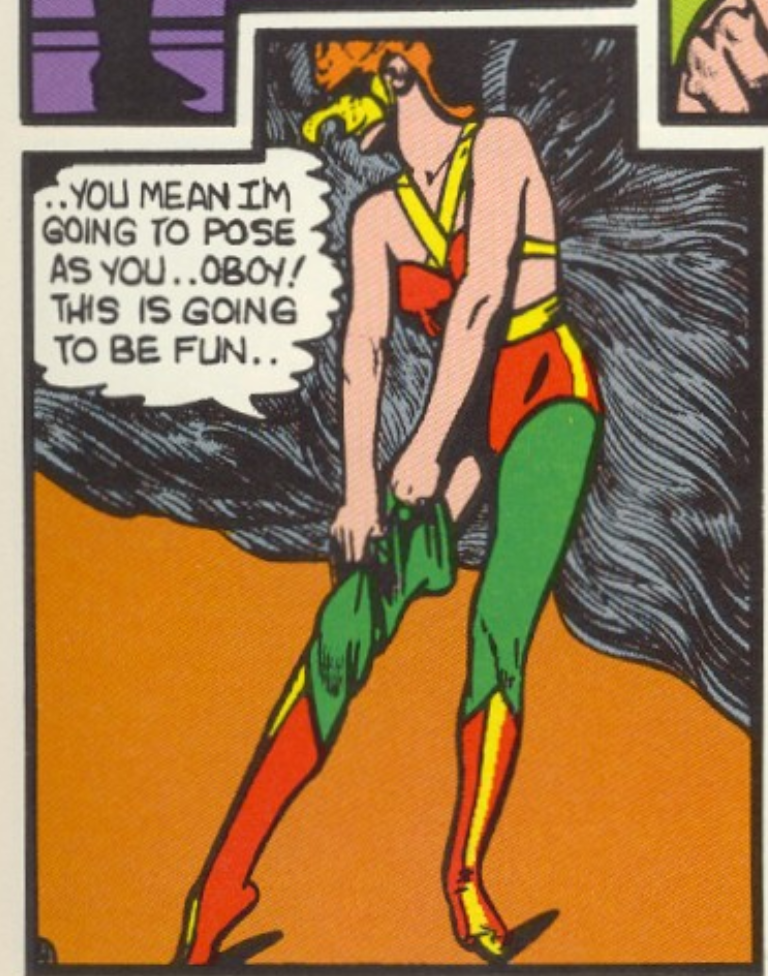 After years of showing women as helpless romantic interests posed in alluring dresses, someone gets the idea to get women into the action. In All-Star Comics #5 (April 1941), Shiera jumps from being a simple love interest to becoming DC’s first costumed super-heroine, Hawkgirl. In reality, this first story doesn’t really have Hawkgirl doing anything but getting shot, she still beats Wonder Woman by six months.

Editor’s Note: Hawkgirl wasn’t the first female version of an established superhero. I believe that honor goes to Fawcett’s Bulletgirl, appearing just one month earlier in March 1941 in Master Comics #13!